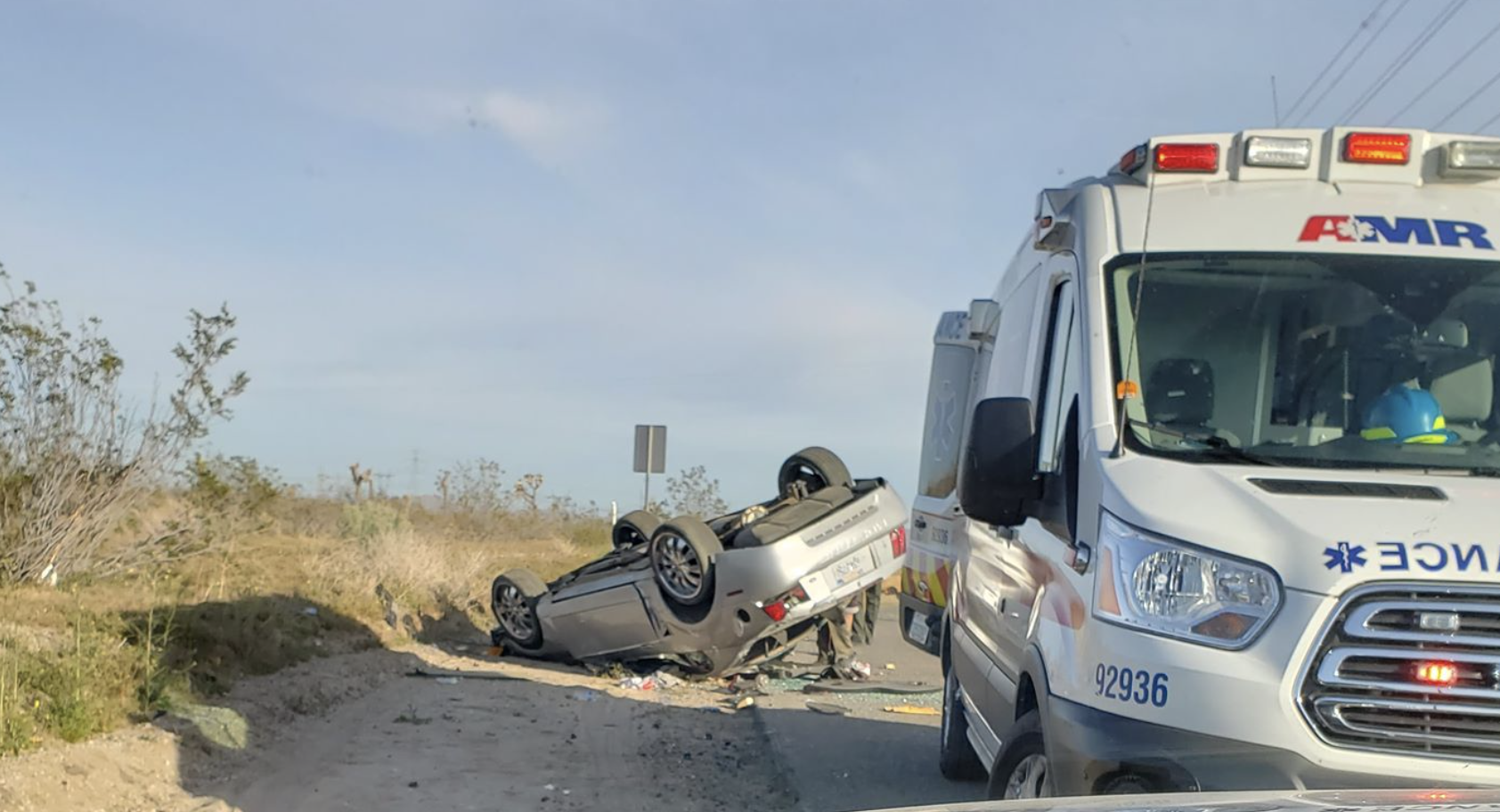 It happened at about 7:39 am, in the area of Bellflower Street and Rancho Road in Adelanto.

For reasons still under investigation, the driver of a silver 2003 Ford Mustang lost control of the vehicle and overturned multiple times.

Jessica Avila stopped at the accident scene after the crash and assisted the driver, a 17-year-old male until first responders arrived.

The teen was transported by ground ambulance to a local hospital with non-life threatening injuries.

No other vehicles were involved and no other injuries were reported.