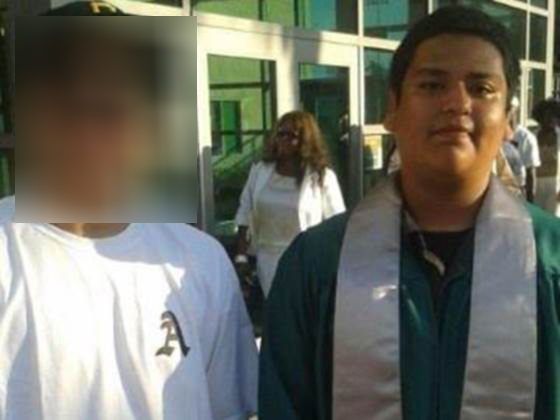 HESPERIA, CALIF (VVNG.com): The teenager who passed in Friday night’s car accident on Escondido in Hesperia has been identified as 18-year-old Justin Batres.

The accident was reported on Christmas day around 9:00 P.M. between Sultana Street and Hollister Street after the vehicle collided into the back of a semi truck that did not have a trailer attached. The vehicle, a Mitsubishi Lancer, sustained major damage to all sides after rolling.

Batres, was ejected and pronounced deceased at the scene. The driver of the Lancer sustained unknown injuries and was transferred to a hospital.

The male driver of the semi truck remained on scene and cooperated with authorities. He did not require any medical attention.

The mother and grandmother arrived to the location in a Honda Pilot and were notified of the tragic event by deputies on scene. Screams and cries were heard by the family as they discovered Justin Batres had passed away.

Batres graduated from a high school in Murrietta and moved to Victorville after graduation.

“Christmas will never be the same for the Batres /Ceron family. Not only did they lose their father Walter Batres in a tragic car accident 5 years ago on December 23, they have now also lost Justin (their youngest son) in an equally tragic car accident… Justin had just graduated high school and had a promising future in music production. His talents and beautiful young soul will be truly missed,” Jackeline Gonzalez wrote on the public fundraiser page.

Several friends and family shared their memories on the public donation site, “Justin was the one who would walk in through my front door and everyone would get excited. He was the one who could make you laugh, even when he wasn’t trying to. He taught me that sometimes you just need to find happiness within yourself. He probably never knew that, but he was an amazing friend and the best little brother I never got to have. Thank you Justin for being that person. I’ll miss seeing you walk through my door. My heart goes to all the friends & family of Justin Batres,” commented Leilani Quinata.

Please click on the link to help the family with a donation during this difficult time.  https://www.youcaring.com/patrica-batres-steven-batres-richard-batres-olivia-ceron-493096