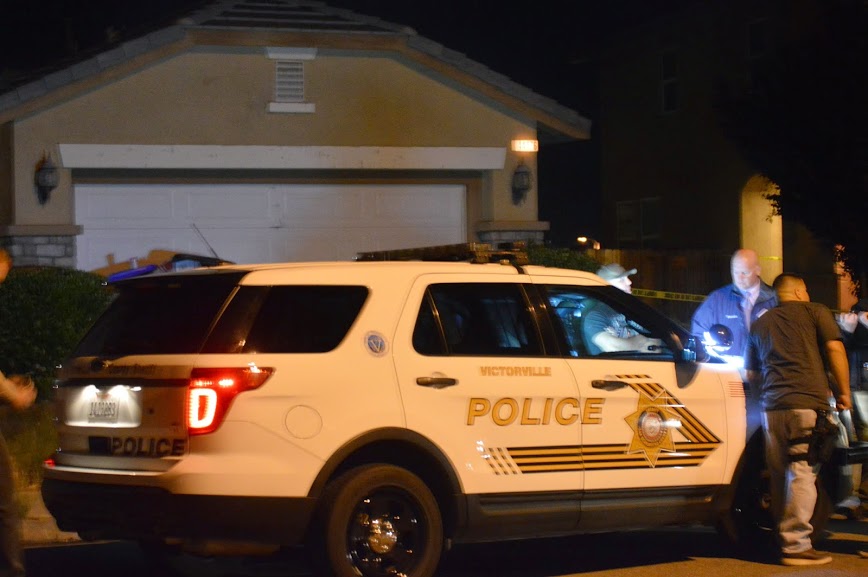 UPDATE: The 16-year-old female was identified as Dakota Washington. Through investigation it was determined that the female victim was accidentally shot in the chest by the 15-year-old male. The male juvenile was contacted and interviewed by detectives. The male juvenile was booked into juvenile hall for Involuntary Manslaughter on Monday, April 20th.

VICTORVILLE-(VVNG.com): Just before 8:30 P.M., on Sunday, April 19th dispatch received a call reporting the shooting of teenage female by a 15-year-old male. First responders arrived to the home on the 14400 block of Moon Valley street to assess the condition of the 16-year-old female.

An airship was requested to transport the victim,  with a landing zone at Brentwood Park.

The 15-year-old suspect, that was determined to be on juvenile probation, fled from the scene. Ground and air units searched for the suspect including the probation address. The mother of the suspect was contacted at the residence and although she knew of her son’s whereabouts according to scanner reports, she was not forthcoming with the information. She was described as “distraught”, denying that her son was a suspect in the shooting and murder of the girl.

“It was an accident. They were playing with bb guns and someone left a loaded gun amongst the bb guns. He picked up the wrong one by accident. They were very close friends and he is extremely devastated. This is a very very horrible, unfortunate situation,” said Amber Minniefield, the mother of the 15-year-old boy.

The airship was cancelled and the ambulance transported the victim to Victor Valley Global Medical Center where the teenage victim succumbed to her injuries.

”It is difficult, the charges and accusations are not the issue. My son is devastated and traumatized. The young lady was his friend for years,”added his mother.

Homicide detectives were called to the scene to conduct an investigation. The male juvenile is being held at a juvenile detention facility until the completion of the investigation and pending charges.

The shooting is still under investigation, information will be updated as it is received.