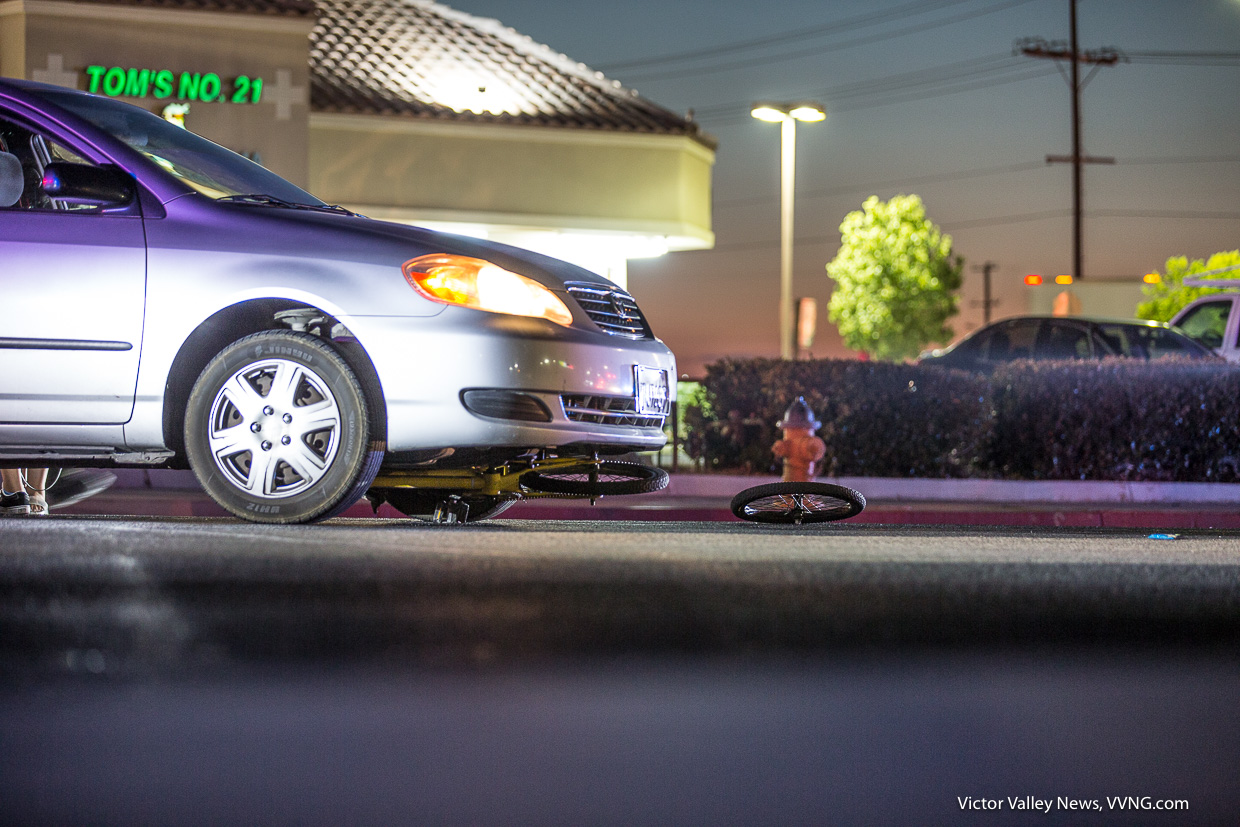 VICTORVILLE, Calif. (VVNG.com) — A 16-year-old bicyclist suffered moderate injuries Wednesday when she was struck by a car, according to officials.

According to officials, the girl was riding her bike northbound on the sidewalk when she was struck by a 2006 Toyota Corolla exiting the Tom’s Restaurant parking lot. The girl was ejected from the bike following the impact, and the bike became lodged under the vehicle and was dragged until the vehicle stopped in the turning lane.

The cyclist was transported by AMR ambulance to Arrowhead Regional Medical Center with severe road rash and other unknown injuries..

The female driver of the vehicle remained on scene and cooperated with deputies. Drugs or Alcohol was not a contributing factor in the crash.