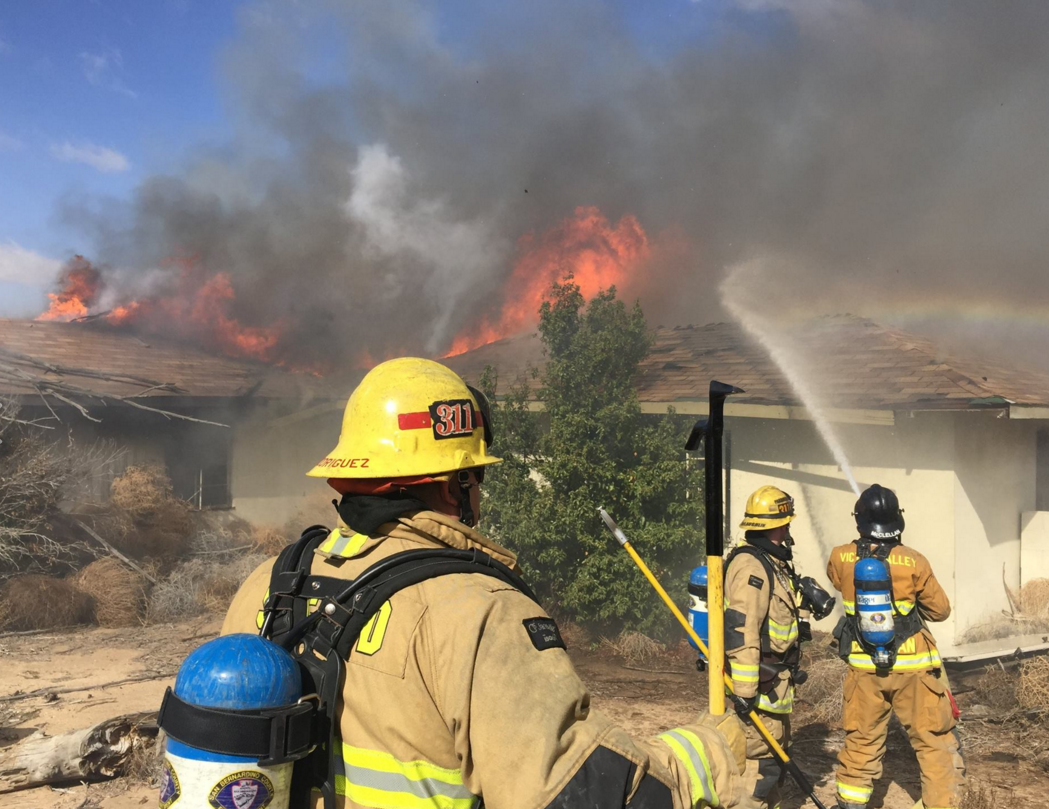 VICTORVILLE-(VVNG.com):  Firefighters from the San Bernardino Sheriff’s Department responded to two muti-family structure fires within a block of each other near George Boulevard and Nevada Avenue on February 1st at 10:26 a.m. The old abandoned military housing has been the subject of four fires in the past two weeks. Although authorities do not know that these are related, one male 17-year-old from Hesperia was arrested on Monday on suspicion of Arson.

As Victor Valley News reported on Monday morning, the suspect was seen leaving the area in a hurry and with the help of a CHP helicopter were able to stop the vehicle on Village Drive near Air Expressway. During the stop deputies located stolen property in the teen’s possession. A search warrant was subsequently served at the suspect’s residence where additional stolen property was recovered.

He was taken into custody on suspicion of arson and possession of stolen property and booked into the High Desert Juvenile Detention Center in Apple Valley. At this time, authorities do not know if the suspect has any connection to the January 18, 2016, and January 22, 2016,  also suspicious fires at the old base.

Anyone with information regarding this investigation is asked to contact Detective Dana Weinberg at the Victorville Police Department at (760) 241-2911. Callers wishing to remain anonymous are urged to call the We-Tip Hotline at 1-800-78CRIME (27436) or you may leave information on the We-Tip website at www.wetip.com.