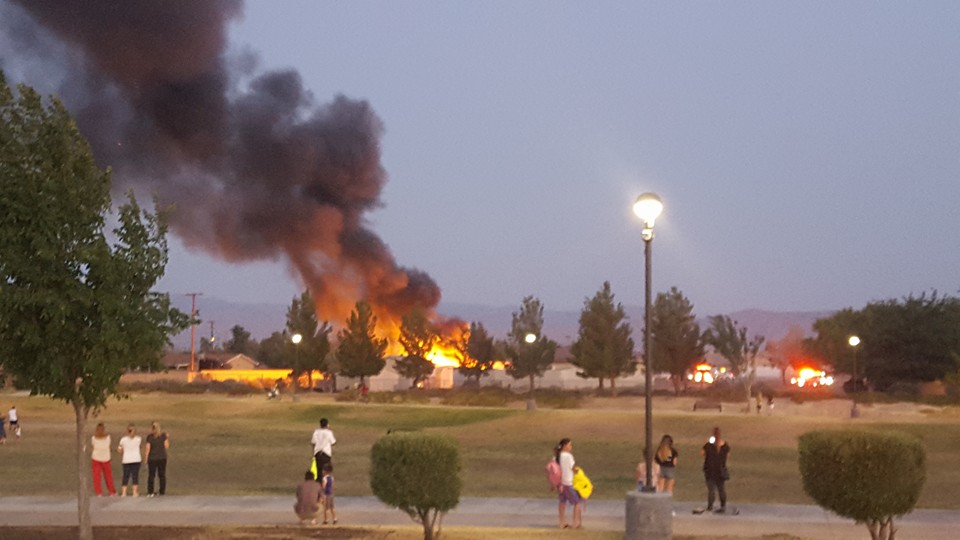 APPLE VALLEY:(VVNG.com)- A 16-year-old male was taken into custody on suspicion of starting a blaze at the Church of the Valley on Wednesday night.

At about 8:12 p.m. on June 29th Apple Valley Fire District responded to a commercial structure fire on the 20700 block of Standing Rock Avenue.

Fire Chief Sid Hultquist was the first to arrive at the scene. Hultquist located a travel trailer and two sheds fully engulfed.

“The fire quickly spread to four large sheds and a large spot of vegetation,” stated Hultquist.

Firefighters prevented the fire from spreading to the adjacent sheds and the main church was never compromised.

“The sheds stored a lot of the books and items that the church used for the rummage sale. They were full from the bottom to the top with books,” stated Hultquist.

Witnesses reported seeing a male fleeing from the scene moments after the fire erupted. Apple Valley Deputies conducted a search and located the subject. He was questioned by investigators and later placed under arrest for arson.

The 16-year-old male was transported to the High Desert Juvenile Detention Facility.

It took firefighters approximately 20 minutes to extinguish the fire. Firefighters remained on scene to conduct extensive overhaul while looking for hotspots. 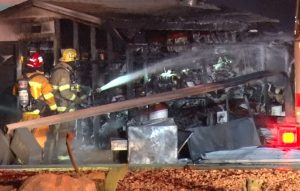 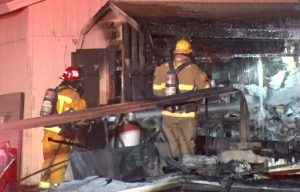