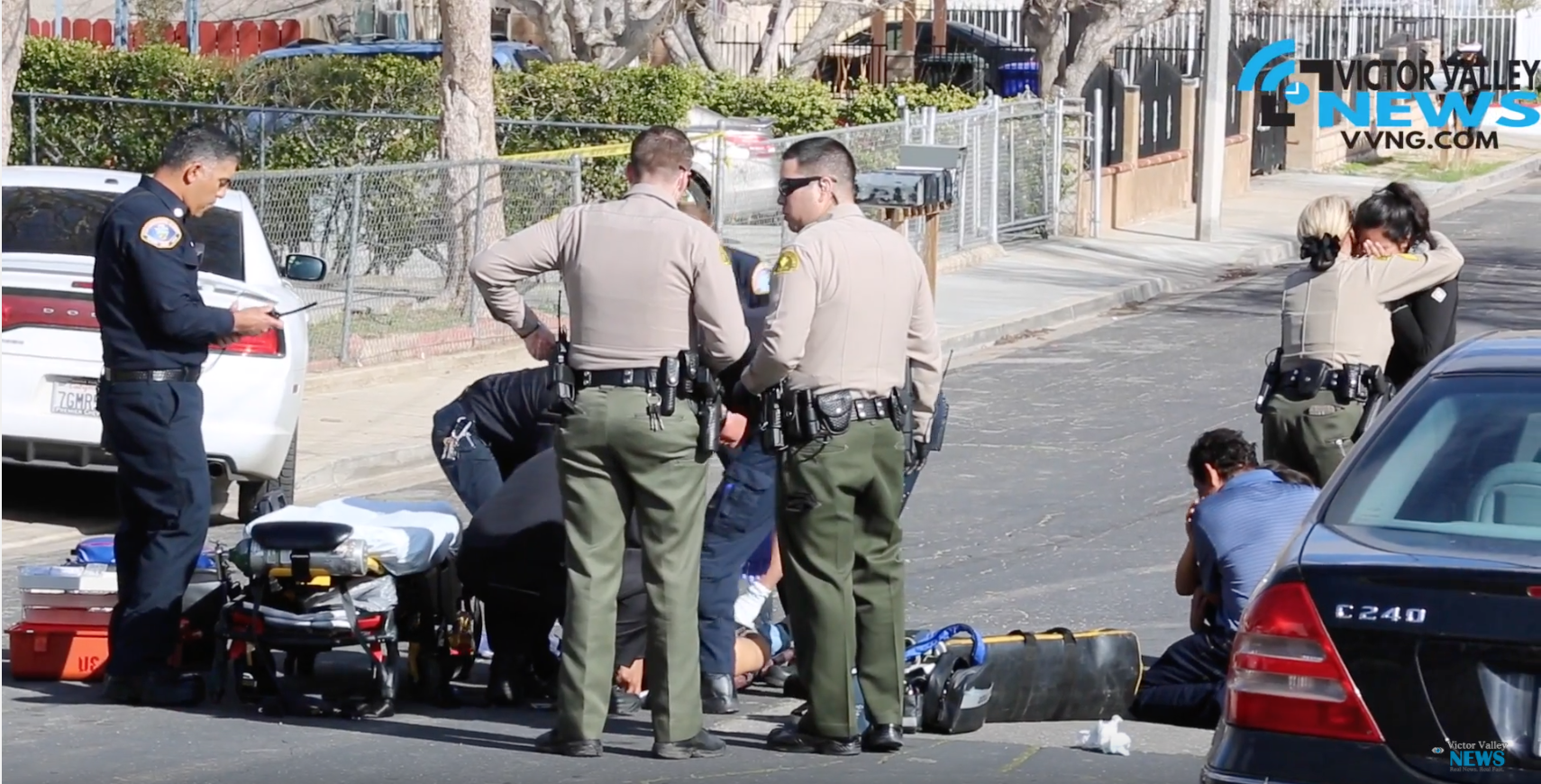 VICTORVILLE, Calif. (VVNG.com)- A 17-year-old teenager was airlifted to a trauma center after he was shot Sunday afternoon.

At 1:47 p.m. dispatch received a call stating a male had been shot in the area of Tracy and Center Streets in Victorville, said San Bernardino County Sheriff’s Sgt. Shelli Kelly.

Deputies arrived and found the young man lying in the middle of Tracy Street suffering from a gunshot wound to the chest.

The male was taken to Victor Valley Global Medical Center and then airlifted to a trauma center.

The victim was breathing and alert while he was being transported to the hospital.

According to the family of the victim, who spoke exclusively with Victor Valley News, the suspect walked up to the home, opened the front door then shot their son who was sitting on the couch.

Following the shooting, the victim attempted to walk after the suspect before collapsing in the roadway.

The family described the suspect as a Black male, but were unable to provide any further information on the suspect.

Anyone with information is urged to contact the San Bernardino County Sheriff’s Department at (760)956-5001.

1 Airlifted After Accident Causes Vehicle to Crash Into Wall (VIDEO)