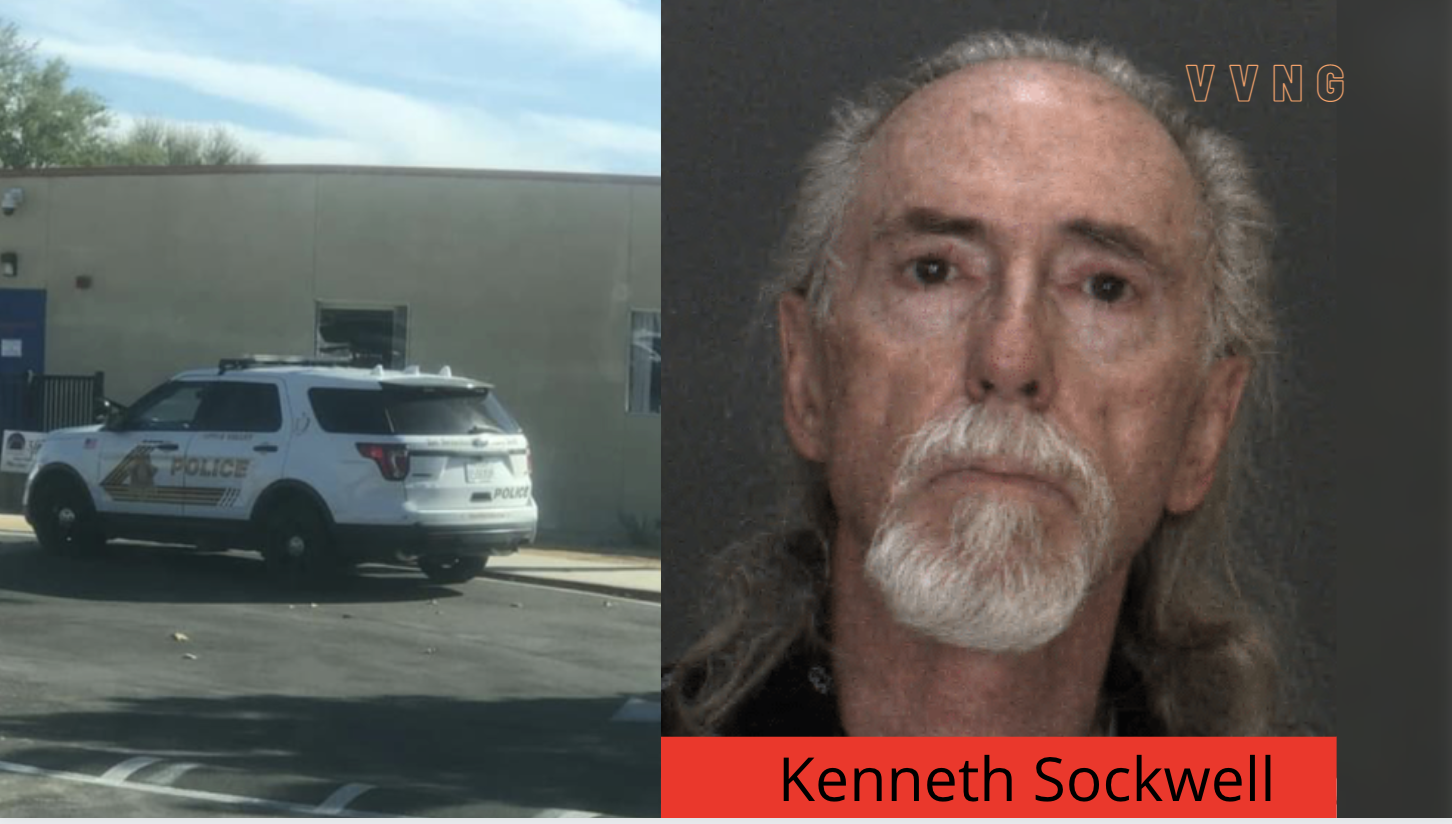 APPLE VALLEY, Calif. (VVNG.com) — A 63-year-old music teacher from Apple Valley was arrested after a hidden camera was discovered on the campus of the Academy for Academic Excellence (AAE), officials said.

The suspect, Kenneth Sockwell, posted bail and was released from custody over the weekend following his arrest on Friday, October 22, 2021, at the school.

According to a sheriff’s news release, the staff at AAC contacted the sheriff’s department and advised of a discovered hidden camera on campus.

The Apple Valley Station contacted the Crimes Against Children (CAC) Detail and they conducted a joint investigation. Sockwell was arrested and booked into the High Desert Detention Center for California Penal Code 311.11(a), Possession of Child Pornography.

Parents with students at Lewis Center and AAE were notified of the arrest on Friday evening. On Sunday an email update from school officials was sent out regarding the ongoing investigation that stated:

“We are shocked and appalled to learn of the serious allegations against a long-standing employee. Upon receiving a concerning report of possible misconduct, we took immediate and swift action to remove the employee from the work environment, and the individual is no longer employed at the Lewis Center.”

School officials also reassured parents that throughout the individual’s time at the Lewis Center, school officials had absolutely no knowledge of any improper conduct occurring at AAE or concerning any students.

The Kensockwell.com website that was active over the weekend has now been taken offline. “MUSIKEN is the name I have gone by, for both business and hobby, since, 1980. I am a musician, mostly guitar and keyboard. According to the site, Ken lives with his wife and two children.

Anyone with information regarding this investigation is asked to contact the Sheriff’s Specialized Investigations Division, Crimes Against Children Detail.  Callers who wish to remain anonymous are urged to call the We-Tip Hotline at 1-800-78-CRIME (27463) or www.wetip.com.