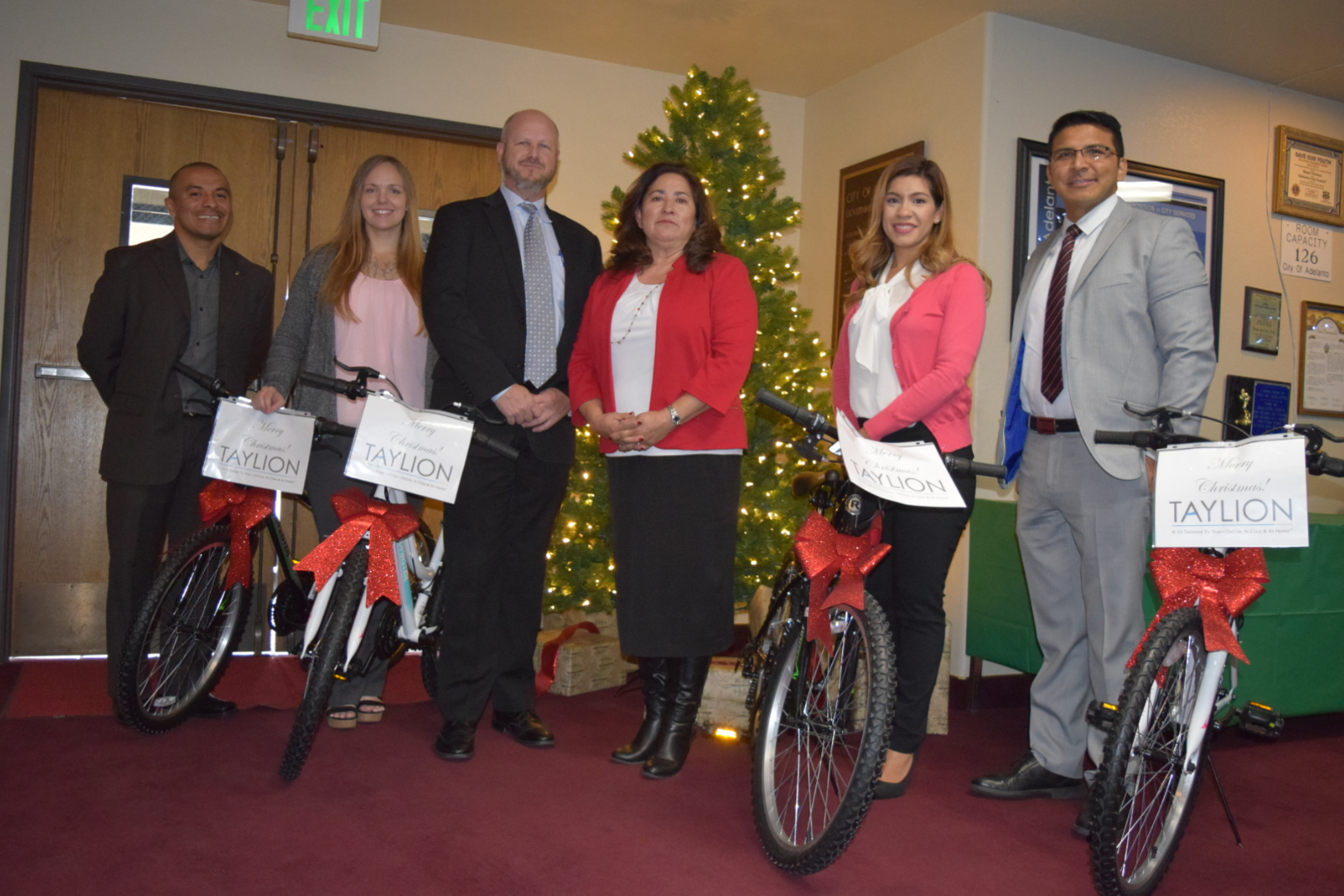 The giveaway is a program that rewards Adelanto Elementary School District students for their canned food/ non-perishable food donations. For every day students brought in donations, they were awarded a Golden Ticket entry, which gave them a chance to win a brand new bicycle. Winners were notified on November 30th.

“We really wanted to give back to the community here in Adelanto and what better way than to help children?,” said Timothy Smith, Executive Director for Taylion High Desert Academy.

The bikes were presented to City Manager Cindy Herrera and Mayor Pro-Tem Jermaine Wright Sr. last week. The bike distribution took place on December 14th at the Adelanto City Council meeting at City Hall. At this meeting, Taylion High Desert Academy was presented with an appreciation plaque by the Adelanto City Council for their donation in helping the Handlebars for Christmas program brighten up the holidays for more students in our community.

Taylion High Desert Academy is a free public charter school, serving grades K-12 with programs in Home School and Independent Study. With locations in Adelanto and Victorville, Taylion provides a beacon of quality education for K-12 students in need.

“It is great to give back to the city that many of our students reside in. We look forward to keep on cementing our place in the community with goodwill,” said Evelyn Sandoval, Site Director for Taylion High Desert Academy. “The Handlebars for Christmas Giveaway program is an excellent opportunity for students to not only have a chance to win a brand new bicycle, but teach students to give back to their very own community.”

For more information on Taylion Academy, visit the charter school online at www.taylion.com.