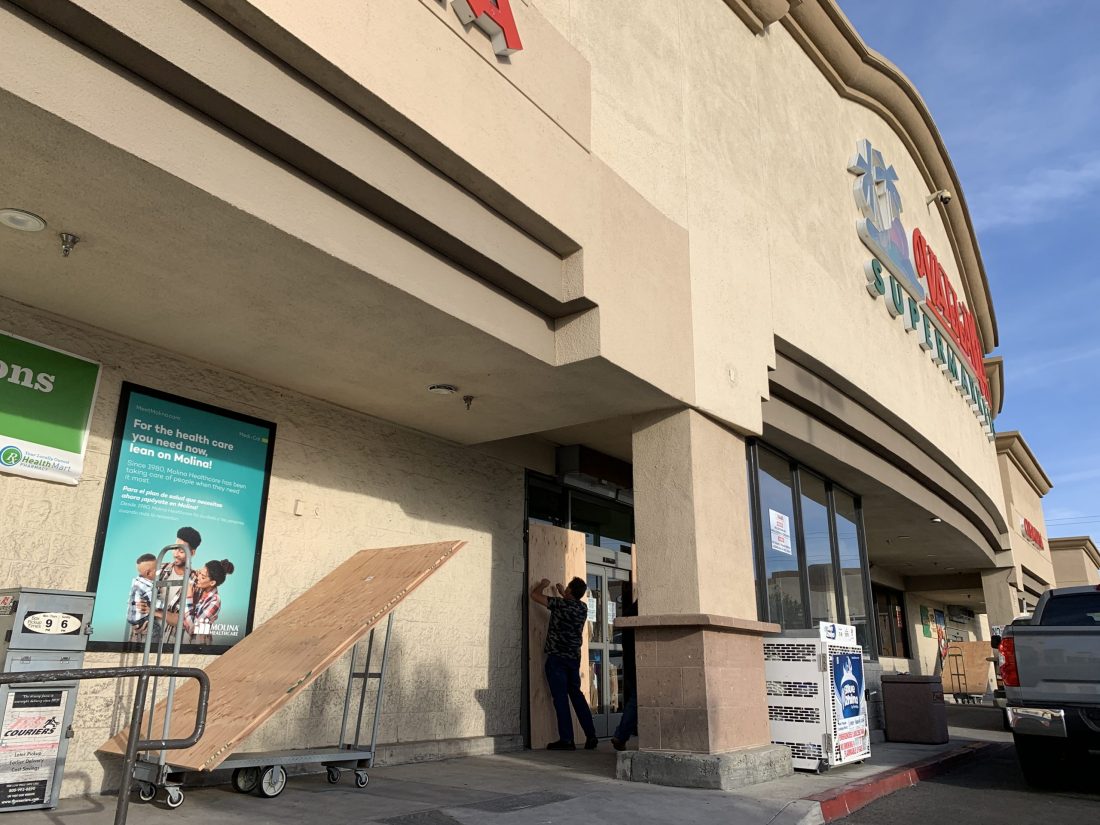 VICTOR VALLEY, Calif. (VVNG.com) — Target and Walmart stores in the Victor Valley are among many other businesses that have made the decision to board up their windows and close early due to fears of looting.

VVNG has received several flyers that were shared across social media platforms encouraging people to loot certain locations on specific dates and times.

Many of the businesses located in the Jess Ranch shopping center at the intersection of Bear Valley and Apple Valley Roads have boarded up their doors and sent employees home for the day.

In a Facebook statement on June 1st, the Apple Valley Police Department said they’ve received many calls about miss information and confirmed they had no reported incidents of protest or rioting taking place in the town.

“You may see businesses closing early and boarding up. This is being done at their own discretion and not at the recommendation of the police department,” stated the post.