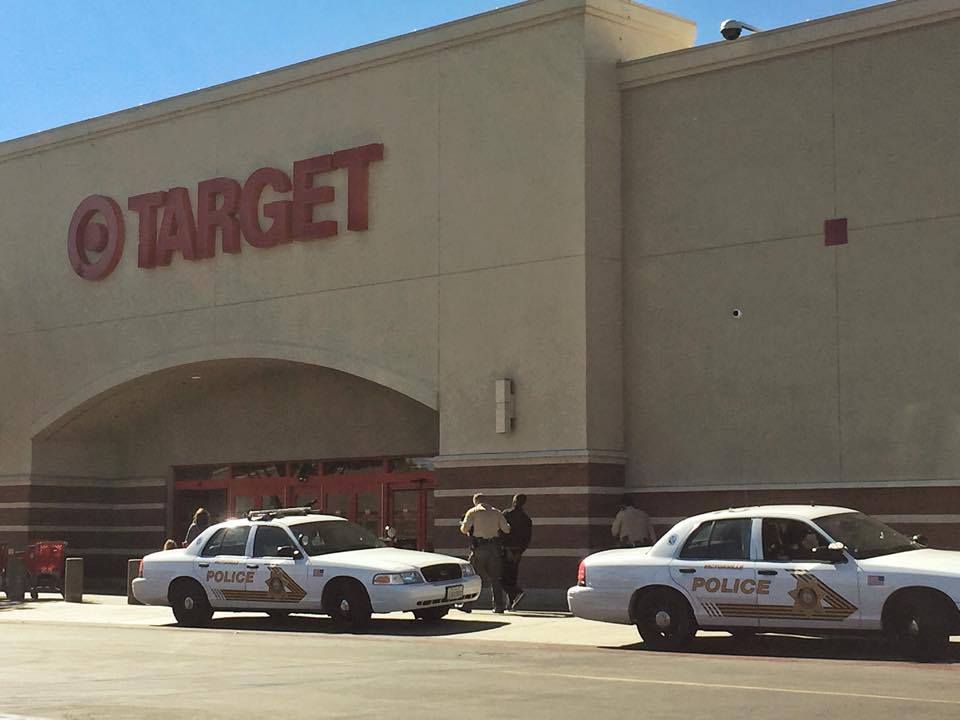 VICTORVILLE-(VVNG.com): A 20-year-old man was arrested on Friday, November 6th following theft from the Target Store located at 15321 Palmdale Road. Eugene Callaway and an unknown male suspect entered the Target store together at about 11:23 a.m.  Both men were wearing multiple layers of heavy clothing despite the warm weather.

San Bernardino County Sheriff’s Department, Victorville Station Spokesperson, Sgt Dave Burgess said that the two men selected items throughout the store putting them into a shared shopping cart. They took turns putting the items into their layers of clothing and while doing so they were acting as lookouts for one another.

“The suspects made their way to the front of the store and exited making no attempt to pay for, return or leave behind the selected property” said Sgt. Burgess. According to Burgess, neither subject had a sufficient amount of money in their possession to purchase the selected items. When they exited the store, loss prevention made contact with the suspects who refused to return to the store. The two suspects fled on foot when they saw the marked patrol unit with the lights and siren activated.

The unknown suspect fled north through the parking lot and as of Monday morning is still at large. An approximate half mile foot pursuit occurred before suspect Calloway was caught after changing clothes between cars in a different parking lot.