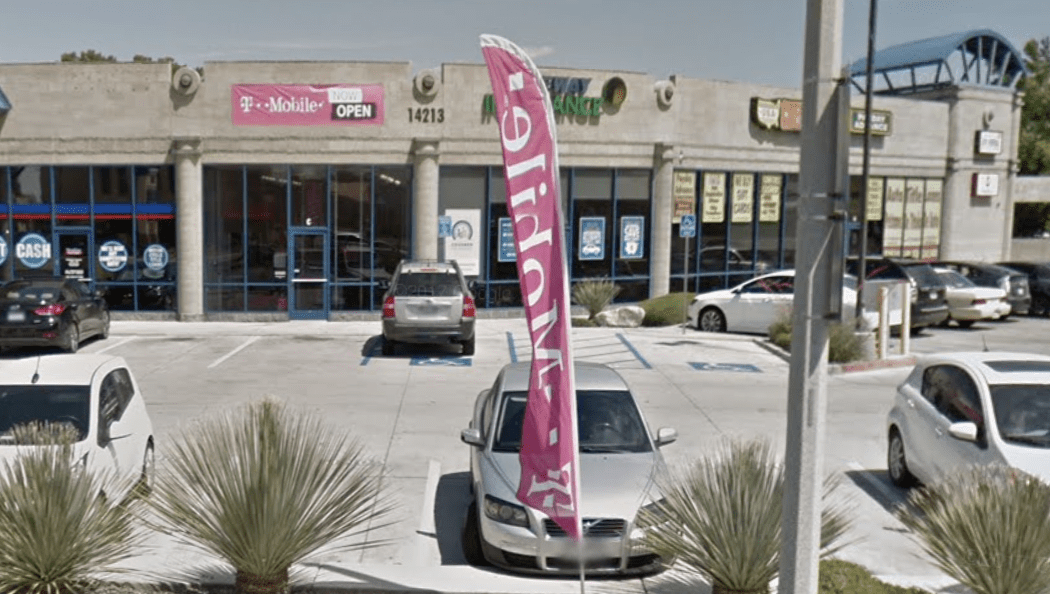 VICTORVILLE, Calif. (VVNG.com) — An unknown suspect entered the T-Mobile store at 7th and Green Tree and held employees at gunpoint.

At about 10:10 am the suspect entered the business and demanded access to the store’s supply of cell phones.

“The suspect took multiple phones and fled the location. No one at the location was injured in the incident,” stated sheriff’s spokeswoman Mara Rodriguez.

An extensive search for the suspect was conducted but deputies were unable to locate him.

The suspect was described as a Black Male Adult, he was last seen wearing a red beanie, a red hooded sweatshirt, and black, grey, and red sweatpants. He was also described as having scruffy facial hair at the time.

The investigation is continuing and anyone with information is asked to call the Victorville Police Department at 760-241-2911.