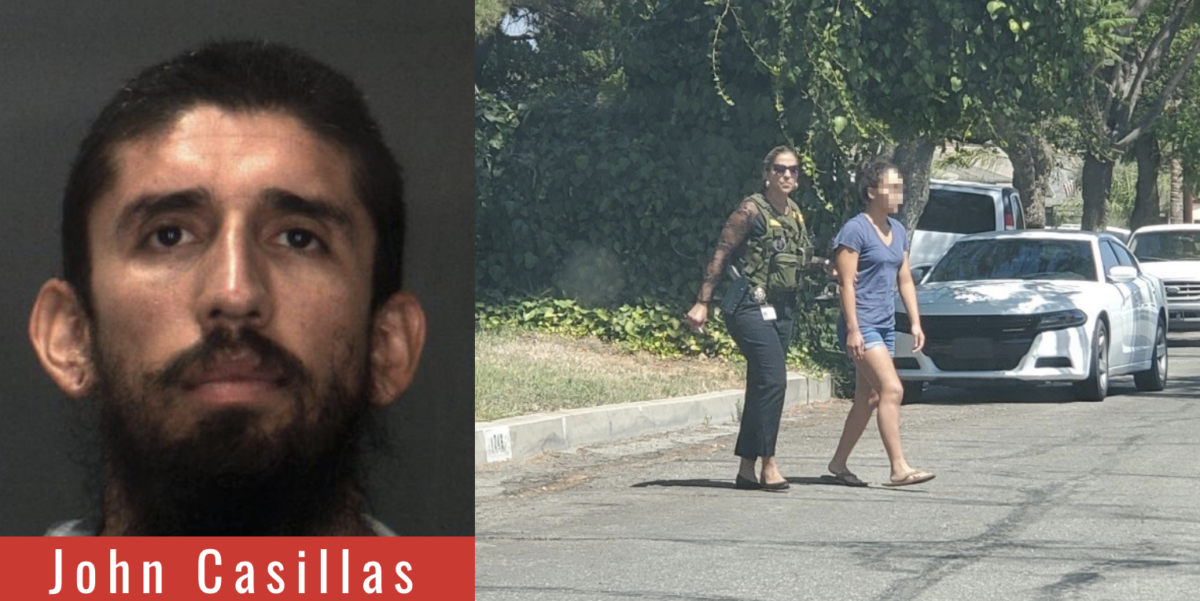 The suspect is employed as a swim instructor at several different swimming academies.

Detectives at the Apple Valley Station have been investigating a missing teenager since July 22, 2020. During the past two weeks, detectives followed up on several leads and authored several search warrants to locate evidence and determine the whereabouts of the missing teen, officials said.

Authorities discovered the 16-year-old victim had been communicating with John Casillas, her former swim coach.

According to a news release, On Wednesday, August 5th detectives served a search warrant at John’s home in the 1200 block of West 31st Street in San Bernardino and found the victim hiding in John’s bedroom. John’s father, 62-year-old Alfonso Casillas, was also at the residence.

“At the same time, detectives contacted and detained John at a local country club where he taught swim lessons. John and Alfonso were transported to Sheriff’s Headquarters for further investigation,” stated the release. “Apple Valley and Crimes Against Children Detectives determined that John was aware of the victim’s age and the ongoing search for her. Additionally, Alfonso knew the victim was a juvenile and did not alert law enforcement.”

Authorities said John was arrested and booked at West Valley Detention Center for PC278, Concealment of a Child from Legal Guardian/Parent with bail set at $50,000. On Thursday, August 6th at 5:45 a.m. John posted bail and was released from custody.

Regarding criminal charges against Alfonso, detectives will submit the investigation to the District Attorney’s Office for review.

Sheriff’s officials said John is employed as a swim instructor at several different swimming academies and has contact with many juveniles in the course of his employment.

The investigation is ongoing and anyone with information is asked to contact Detective Gus Garcia, Apple Valley Station at (760)240-7400. Callers can remain anonymous and contact WeTip at 800-78CRIME or www.wetip.com.