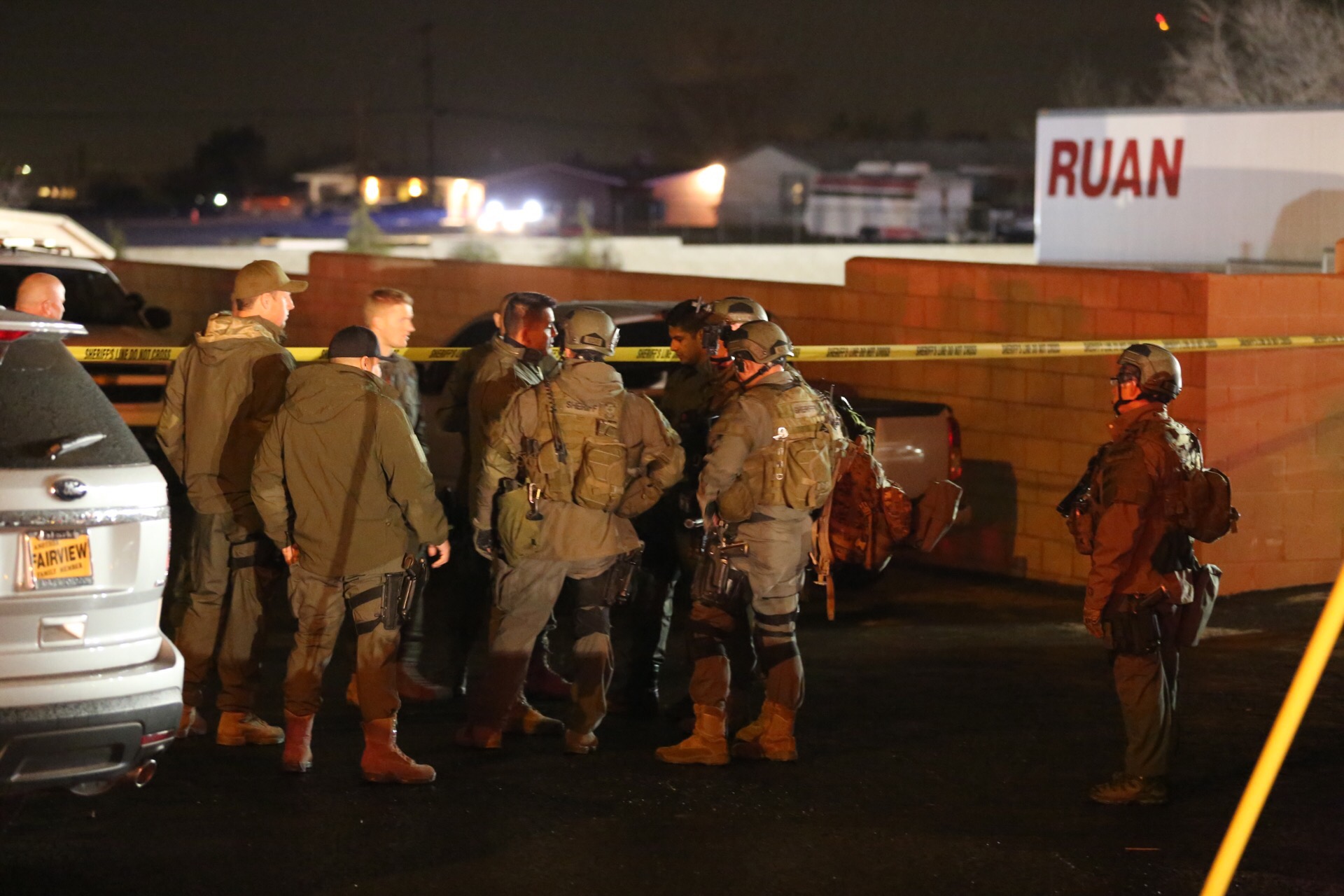 UPDATE @8:00 PM- The suspect has safely surrendered and is in custody.

VICTORVILLE:(VVNG.com)- Swat and Sheriff continue to surround a house for a male that is allegedly barricaded inside of a home on Cobalt Road near Palmdale Road.

Dispatch received a call reporting a man with a gun at approximate 1:00 PM on Saturday, January 10, 2015.

According to the nephew of the suspect Austin Sanchez, the suspect in question is named Joseph Sanchez and the whole thing started with his ex-girlfriend making the report that the suspect was armed with a shotgun.

Joseph is described as a white male in his early 30’s who according to the nephew is no longer in the property.

Two females who were inside the house for several hours phoned police and later came out with their hands up.

Close to 3 dozen s.w.a.t. personnel have arrived on scene with multiple armored units and equipment.

At approximately 6:55 PM Joseph called the family via cell phone and they handed the phone to police. Joseph told them he would be turning himself in.