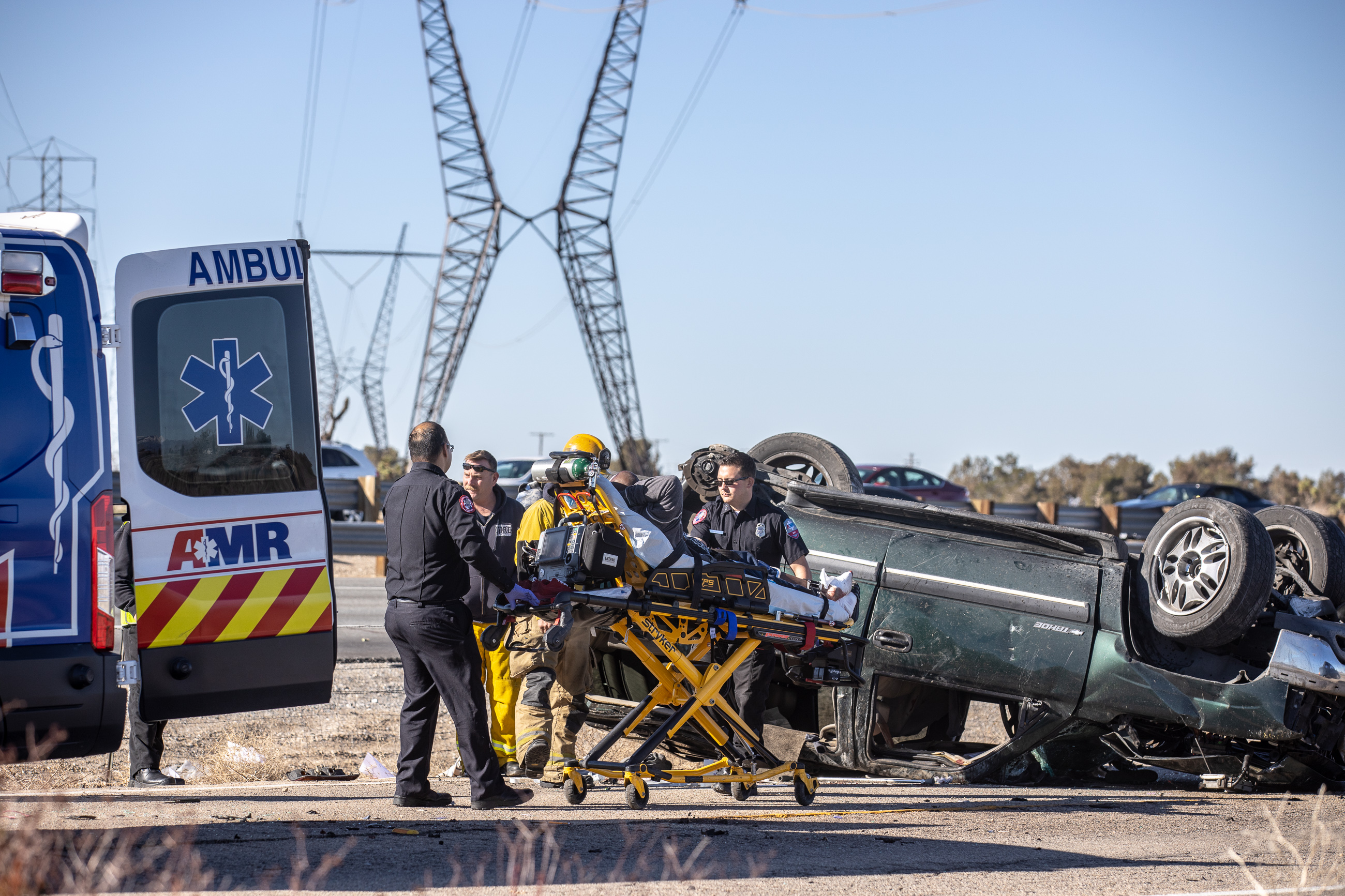 It happened at about 4:01 p.m. when a green Chevy Tahoe SUV that was on the freeway crashed through the I-15 freeway perimeter fence and overturned onto Mariposa Road.

San Bernardino County Fire responded and treated one person with injuries to their head.

According to the California Highway Patrol logs, the driver of the suv was traveling reckless on the northbound 15 freeway between Bear Valley Road and Main Street.

A second vehicle, a grey Ford sedan, was reportedly struck on the freeway by the SUV just before it overturned. The sedan pulled over on the right shoulder, per the logs.

Northbound traffic on the freeway was backed up for several miles as a result of the crash.

The Victorville California Highway Patrol is investigating the crash.