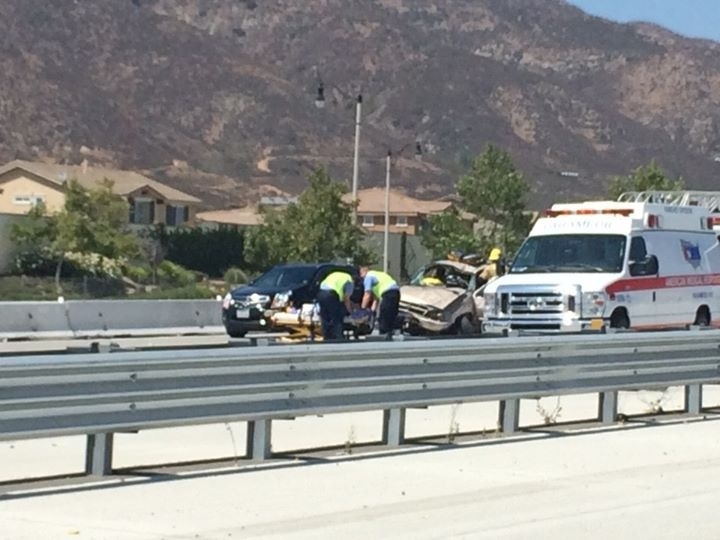 VVN Traffic Alert: Traffic on the south bound 15 freeway is backed up for several miles. Due to a solo vehicle traffic accident that occurred just after Sierra Avenue on Saturday at 2:27pm.

Per CHP incident logs, two occupants in a gold colored Ford Explorer were reportedly trapped in the suv. For unknown reasons the driver struck the center divider causing the SUV to roll at least four times.

Traffic backed up for several miles since only the #4 lane was open as er crews treated the patients and to clear the accident. Injuries are unknown at this time.