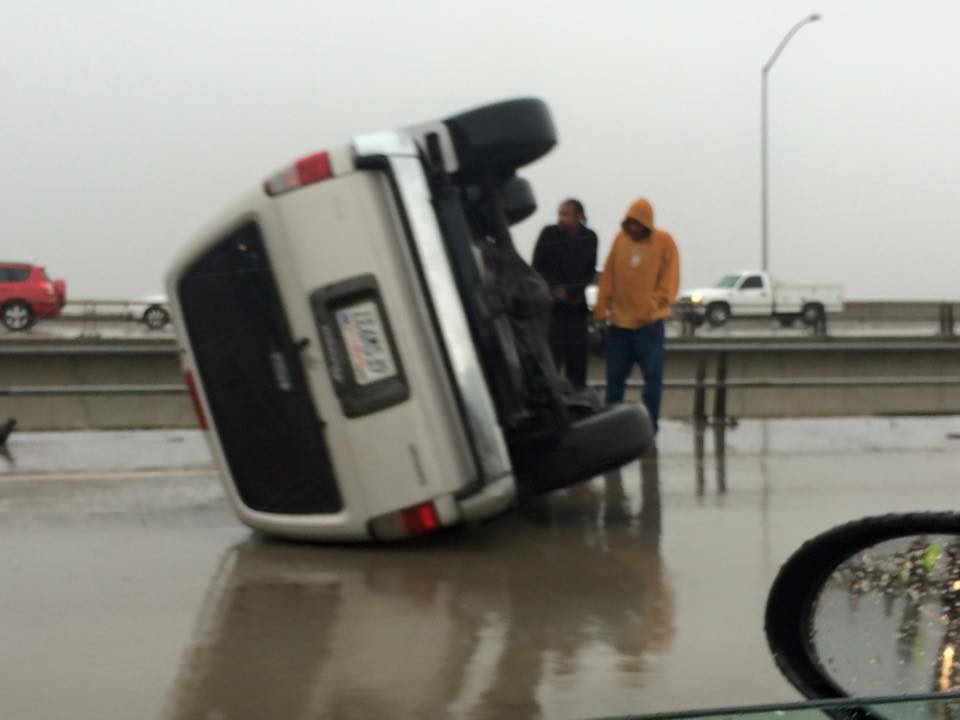 (VVNG.com)- For unknown reasons a light-colored Toyota 4Runner traveling in the fast lane rolled over several times. The vehicle landed on its side in the #1 lane.

A 10-day-old infant was reportedly inside the SUV that rolled over. At this time injuries are unknown.

CHP logs indicated that as of 5:05 P.M., the vehicles were taken off at Sierra and the roadway was cleared.

Commuters in the Cajon Pass are experiencing a good amount of rain fall, causing the roadways to become slick. The exact cause of the accident is unknown at this time. More information will be updated as it becomes available.