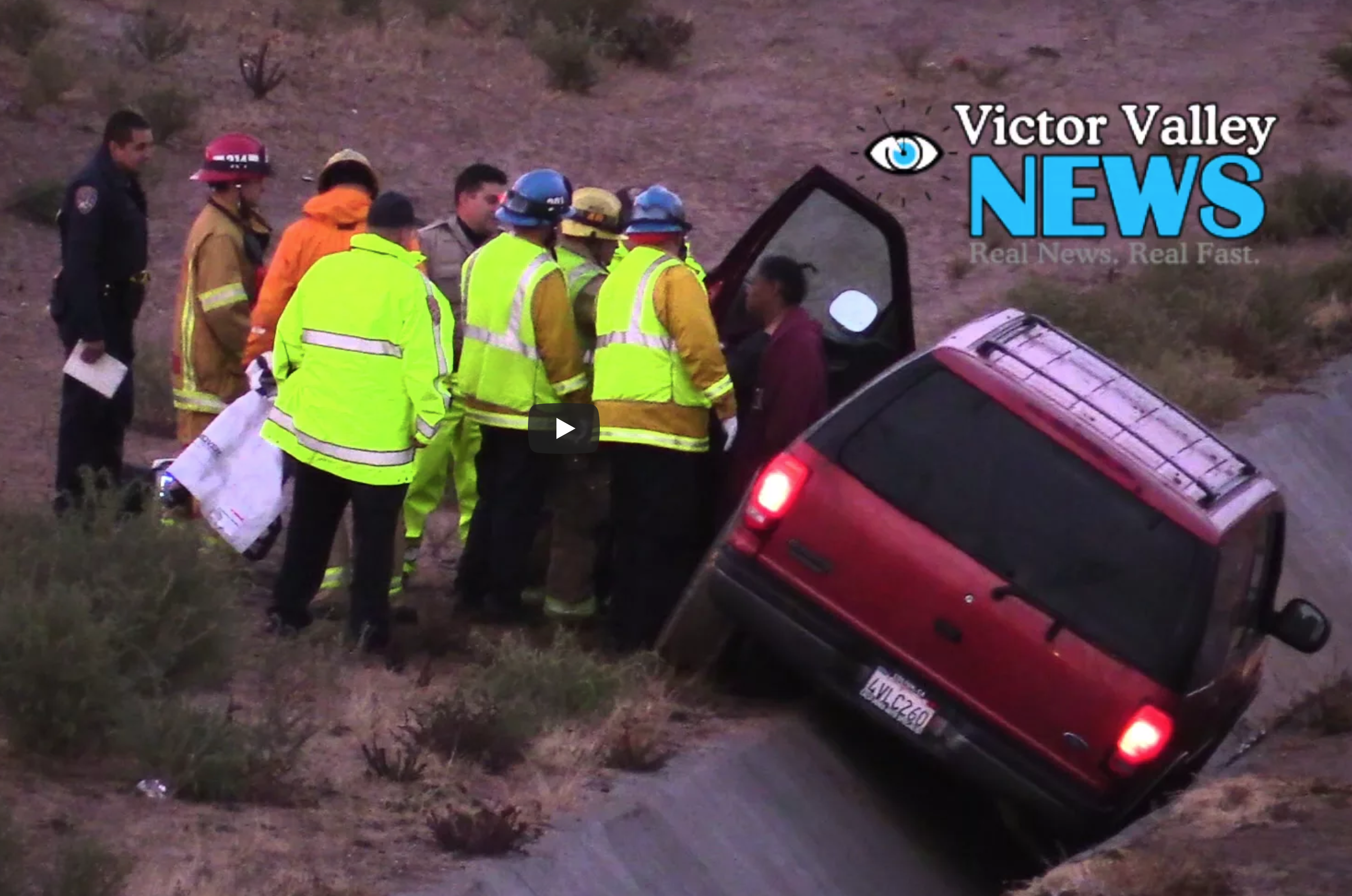 HESPERIA, CALIF:(VVNG.com)- The California Highway Patrol responded to a report of a vehicle off the roadway along the northbound 15 freeway and the Ranchero Road on-ramp. The solo vehicle crash was reported at 4:27 P.M., on Tuesday, January 5, 2016.

According to CHP incident logs, the SUV, a red Ford Expedition hydroplaned causing the vehicle to go airborne and land in a drainage ditch. The female driver, and sole occupant was wedged inside the vehicle and required assistance from firefighters in exiting the SUV. However, the female sustained minor injuries and did not require transportation to a hospital.

A tow truck arrived on-scene to remove the vehicle from the ditch. No other injuries were reported as a result of the crash.