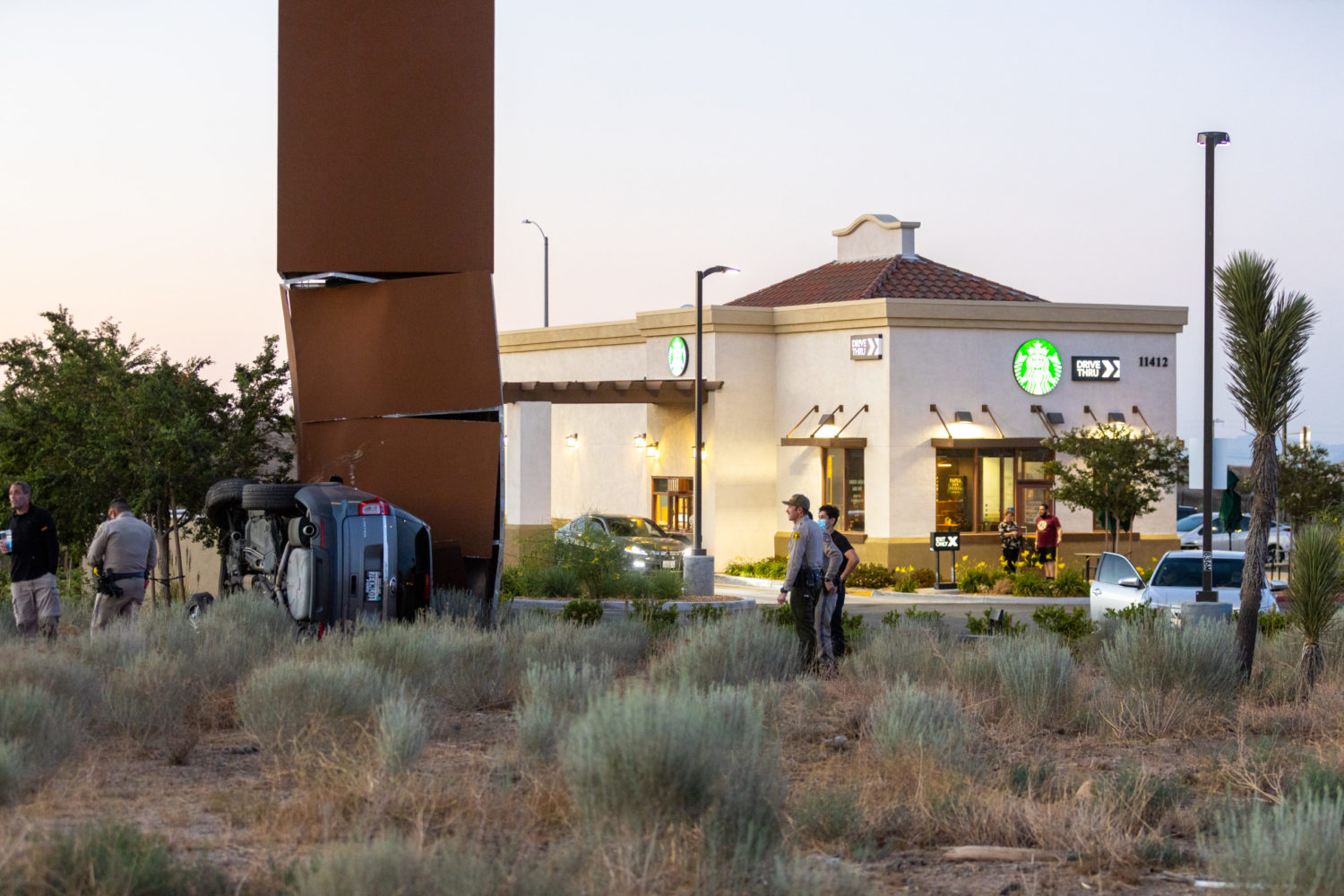 HESPERIA, Calif. (VVNG.com) — No injuries were reported after an SUV exiting from the northbound I-15 freeway lost control and crashed.

For reasons still unknown, the male driver lost control of a 2014 Ford Explorer causing it to leave the roadway and crash down an embankment where it overturned and came to a stop after crashing into a large sign in front of the Starbucks on Fashion Ct.

Paramedics responded to check out the driver who sustained minor injuries.

CalTrans was advised they would have to replace approximately 100 feet of chain-linked fence that was damaged in the crash.

California Highway Patrol officers from the Victorville station are handling the investigation.

Related Topics:15 freewayaccidentCrash
Up Next

2 airlifted from Monday night crash on Palmdale Rd in Adelanto

Man shot and killed inside Shady Oasis Kampground in Victorville