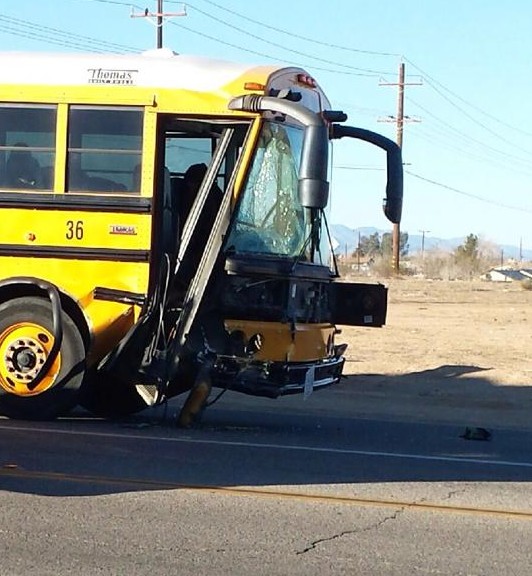 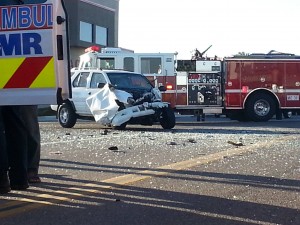 Upon arrival it was determined the collision involved Bus #36 belonging to the Adelanto School District. The school bus was occupied by approximately 40 students at the time of the accident with a white Isuzu Rodeo SUV.

The first on scene engine reported that there was major damage and a Multi Casualty Incident was declared. The priority was to mitigate any hazards and to triage the parties involved. The triaging of patients is a system used to sort patients in order of severity of injuries and to transport the most severely injured first.

In all approximately a dozen injuries were reported. They ranged from minor to moderate in nature. A total of five patients were transported to area hospitals, per to the release.

All non-injured students were transferred to another bus and taken to West Creek Elementary School in the City of Victorville.

The school bus was in route to West Creek Elementary School and was traveling northbound on Amethyst road averaging speeds of about 45 mph, according to the California Highway Patrol.

Per CHP, the driver of the SUV, was stopped at the stop sign on Seneca Road when for unknown reasons pulled out onto Amethyst Road, causing the collision.

According to witnesses,  the bus driver, a female was transported by ground ambulance to an area hospital for minor-moderate injuries.

There was a temporary road closure on Amethyst Road between Hook Blvd. and Camelia Road. And a closure of Seneca Road between Trader Lee Lane and Brucite Road. The roadway was cleared and re-opened by 9:20 a.m.

The San Bernardino County Fire Department would like to remind parents to make sure that the emergency contact information on file for their children is up to date and accurate. This allows for quick notification to the responsible parties of any children involved in any type of emergency situation. 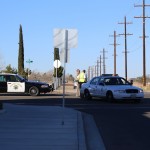 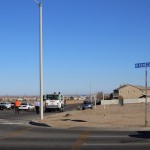 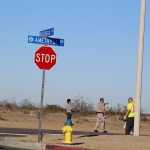 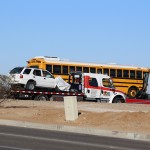