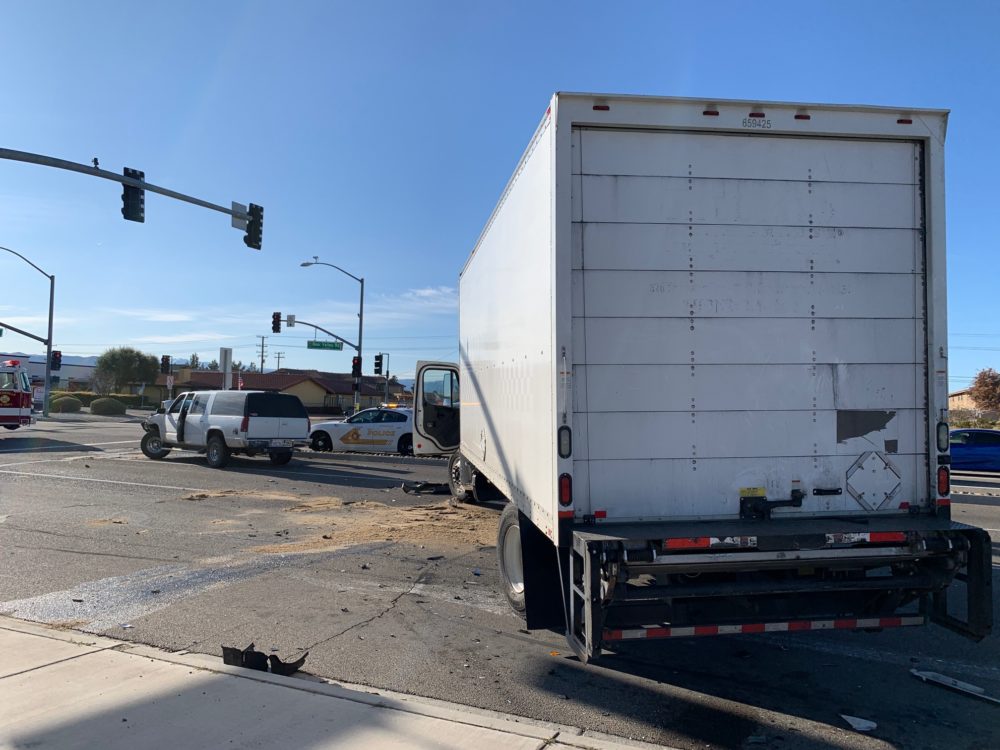 VICTORVILLE, Calif. (VVNG.com) — One person was injured following a crash involving an SUV and a large box truck Friday morning.

It happened at about 8:12 am on March 20, 2020, at the intersection of Fifth Avenue and Bear Valley Road in Victorville.

The driver of the box truck told a VVNG photographer he was traveling westbound on Bear Valley on a green light when the SUV made a sudden turn in front of him. “I tried to swerve but it was too late, he was right there,” stated the driver.

According to witness reports, the SUV was eastbound on Bear Valley and attempted to make a left hand-turn onto Fifth Avenue against a red light.

The crash blocked westbound lanes on Bear Valley Road as officials worked to clear the scene.

The Victorville Police Department is handling the investigation.