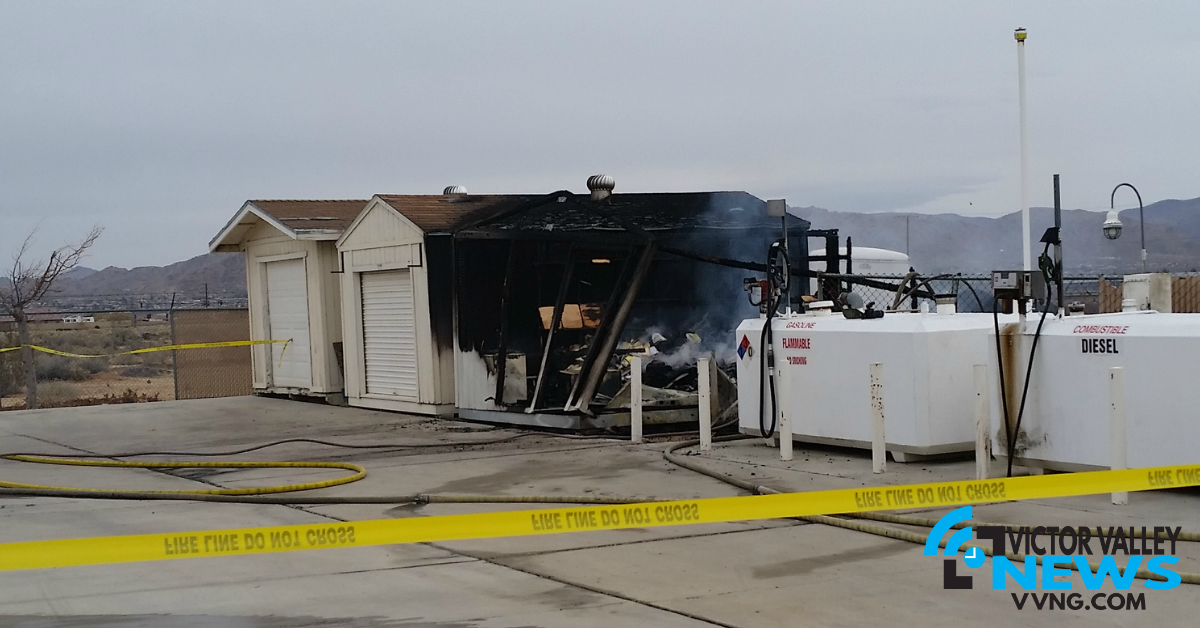 Apple Valley Fire Protection District Firefighters were dispatched at 4:30 a.m. on January 2, to a reported structure fire on Central Road near Highway 18 behind the Chevron gas station.

Firefighters sleeping at the station were alarmed when they awoke and discovered the fire was in close proximity to the Fire Station.

The discovery was followed by more disturbing news, “Firefighters awoke to find the fire was actually a small out building on the property fully involved less than one hundred feet from where firefighters sleep,” stated Fire Marshal Jason Nailon.

Further investigation showed multiple attempts were made to enter the station as well as outbuildings. One Fire District vehicle was broken into and was attempted to be hot-wired.

Three fire investigators, the Fire Marshal and the Fire Chief as well as a Sheriff’s Arson Bomb Detective responded to the scene.

According to Nailon, one suspect has been taken into custody and the investigations are still ongoing at this time.