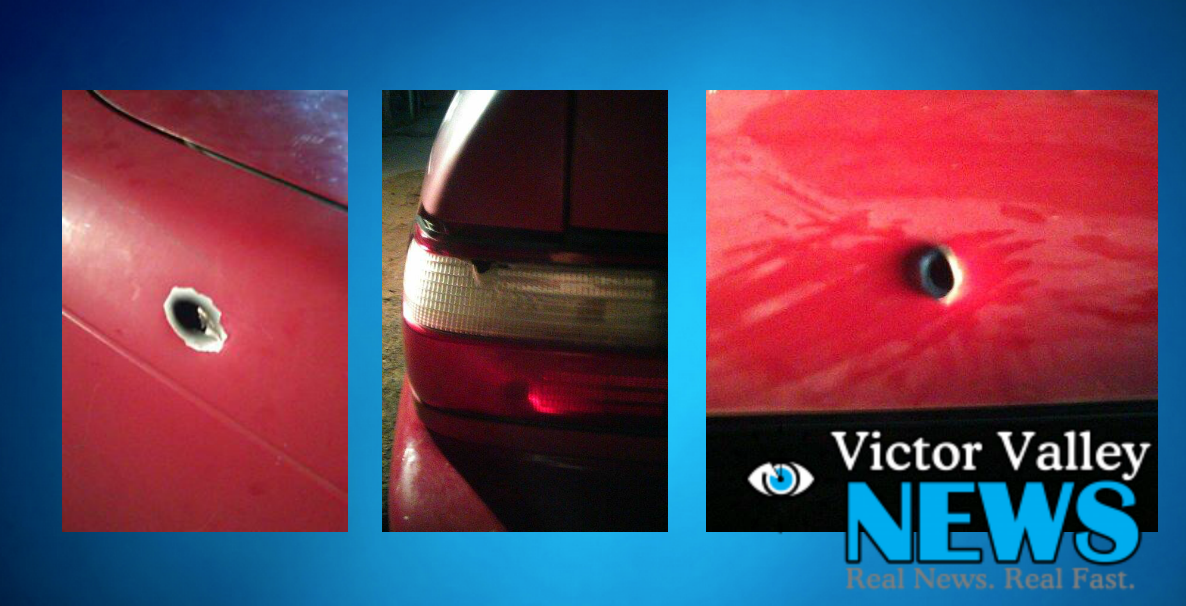 HESPERIA-(VVNG.com): At about 7:50 p.m. on Tuesday, September 15th dispatch received a report of 4-6 shots fired toward a home located in the 10800 block of 3rd Avenue near Verde Street.

The reporting party, a woman who was sitting inside her vehicle that was riddled with bullets by unknown subjects.

“I was at my boyfriend’s house when a car came pulled up to the yard and shot at the house hitting my car with me in it three times,” said the woman, whose name will be kept anonymous for safety reasons.

No injuries were reported as a result of this shooting. No arrests have been made at this time. Information will be reported as they are received.

The area at 3rd Avenue and Verde Street were temporarily blocked to through traffic during the investigation. The San Bernardino County Sheriff’s Department, Hesperia Station is currently investigating the incident. If you have any information you are asked to call the Hesperia Police department at:   760-947-1500.