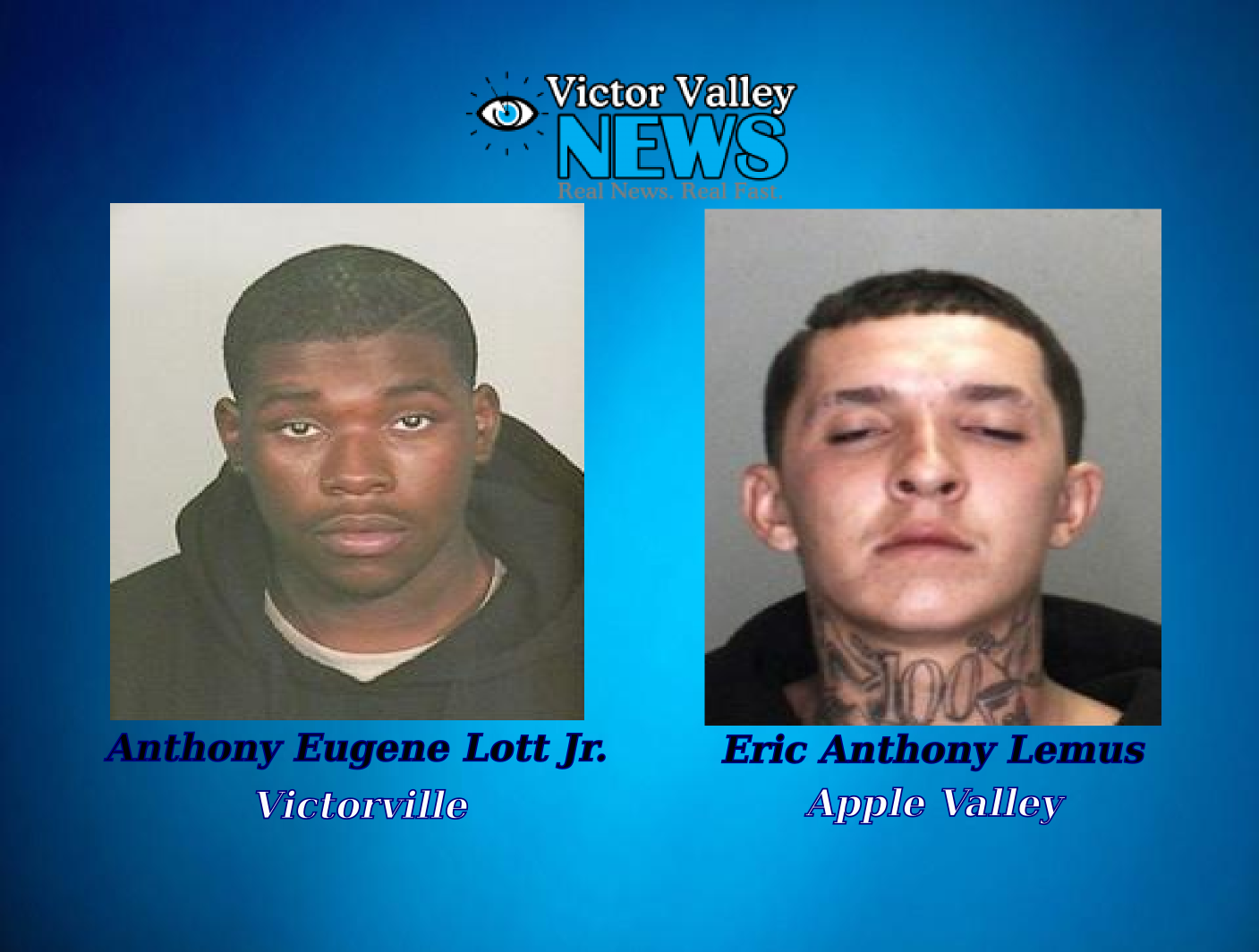 VICTORVILLE-(VVNG.com):  Two suspects were arrested in connection with the January 21st robbery and carjacking in the 2800 block of Lenwood Road in Barstow. The suspects, Anthony Eugene Lott Jr., 21 and Eric Anthony Lemus approached a male victim at a vehicle charging station located at a Chili’s Bar and Grill. They demanded the victim out of his vehicle and proceeded to rob him at gunpoint.

The two perpetrators stole items including the credit cards, jewelry and other belongings, then used the victims 2014 Tesla to speed away from the crime scene. Through an area search deputies were able to locate the vehicle crashed at a nearby Arco gas station. Fingerprints from convicted burglary parolee, Anthony Eugene Lott Jr. were found in the vehicle. Per court records, Lott has numerous other past drug, theft and burglary charges and convictions.  Additional investigation led police to Lemus, the recent Victorville shooting victim, also currently on felony probation.

On Monday, February 9th at 6:30 p.m. Anthony Eugene Lott Jr. was arrested near Vintage Rd. and  Casaba Rd. in the city of Adelanto. He is currently being held at Adelanto Detention Center in lieu of $300,000 bail. Lott plead not guilty of robbery, carjacking and assault with a firearm charges at his February 10th video arraignment. Lott us due back in court for a pre-preliminary conference on February 19th.

Eric Anthony Lemus was arrested on Atlantic Blvd. in the city of Compton at 5:00 p.m. on February 10th. He is being held at West Valley Detention Center in the city of Rancho Cucamonga in lieu of $300,000 bail. Lemus is being facing charges of carjacking and robbery. Lemus will be arraigned at Victorville Superior Court in the afternoon of Wednesday, February 11th.