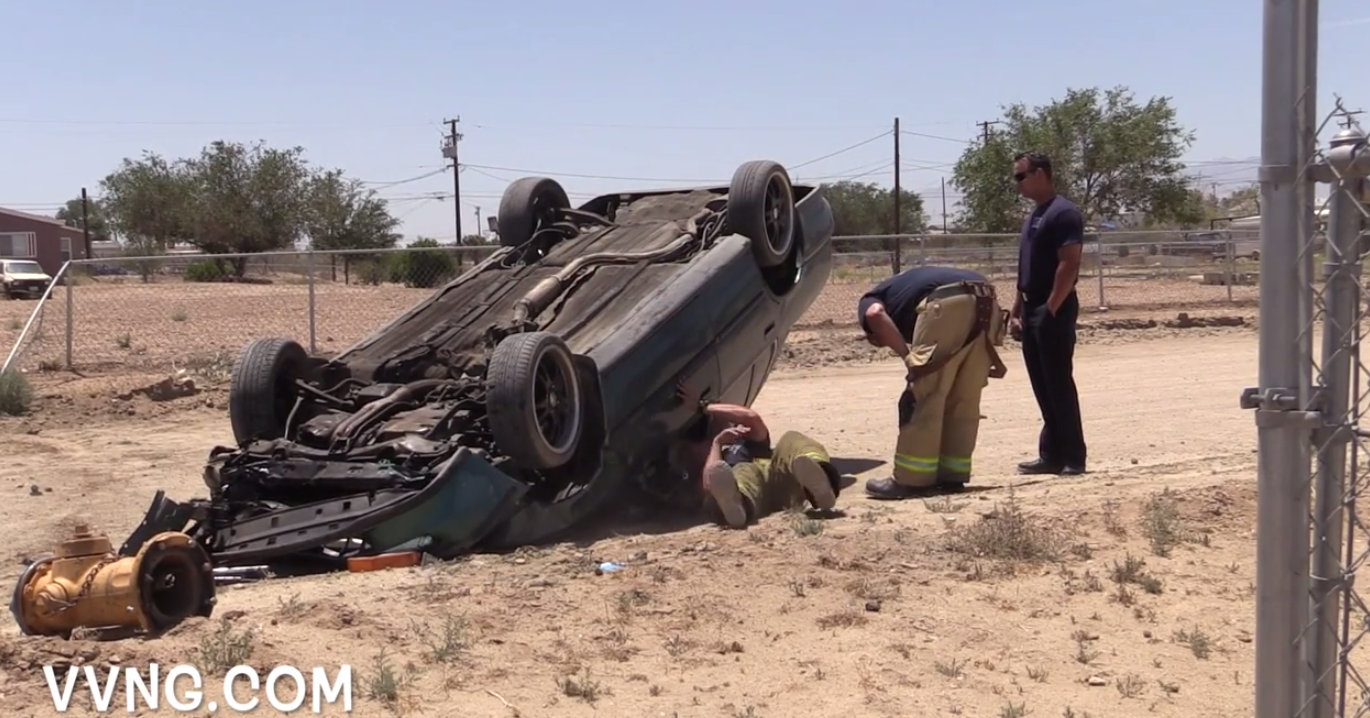 VICTORVILLE: (VVNG) – Sheriff’s dispatch received calls reporting an accident that occurred in Victorville at the intersection of Pacoima Road and Anacapa Road just before 12:30 p.m., on Monday.

For unknown reasons the driver of the vehicle lost control, knocked over a fire hydrant and damaged a chain-link fence before landing upside down. Three occupants described as two males and one female all managed to exit the older model Honda Accord and fled from the vehicle after being involved in a single-vehicle rollover. Reports confirmed the vehicle was stolen.

According to a witness, one of the occupants ran back to the vehicle and attempted to retrieve his cell phone. All three suspects fled on foot and headed east down Palmdale Road.

The suspects attempted to run into the CVS and behind the apartment complex located at Palmdale Road and El Evado. CHP helicopter assisted with overhead support and all three suspects were detained and arrested a short time later.

The accident is being handled by CHP as a non-injury hit-and run. No further details are available at this time. For more late breaking news join “VVNG” with over 37,500 members www.facebook.com/groups/victorvalleynews