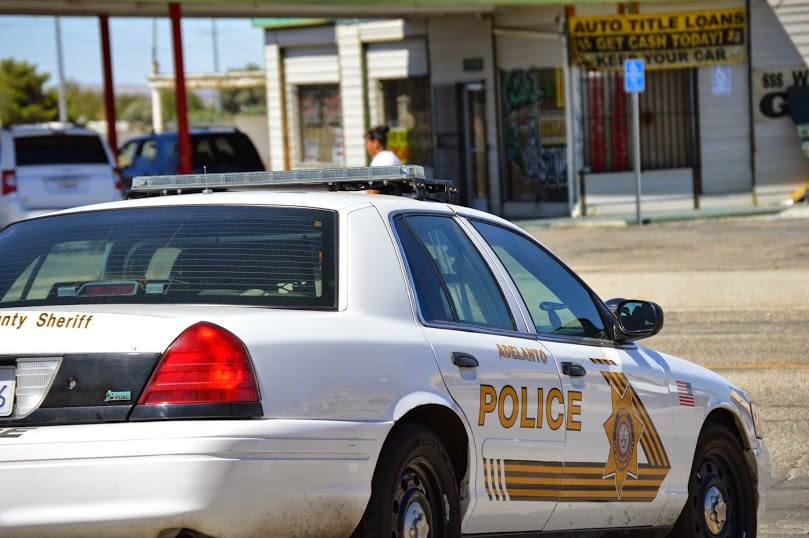 ADELANTO-(VVNG.com): San Bernardino County Sheriff’s department officials said that on Thursday, October 8th, they received a report from a 15-year-old Adelanto High School student that she was abducted and raped the previous day. The victim told authorities that on Wednesday, October 7th at about 7:45 a.m. she was walking from her residence to Adelanto High School.

When she reached the area of Jonathan Street and Mojave Drive, two black males in a teal colored, tan interior, older, four door Toyota stopped their vehicle. She told authorities that the passenger then got out of the vehicle, grabbed her and placed her into the backseat.

According to the victim reports, the suspects drove to a nearby location, parked and raped her in the backseat of the vehicle. The victim was then dropped off and she continued to school reporting the incident the following day.

According to the October 9th press release the suspects were described as two black male adults in their early 20’s.

Subject #1 – 6’3”, heavy build, short black hair; one inch on top, shaved on the sides, facial hair fringe on chin and jaws, big nose with flared nostrils, deep voice, black ink tattoo of a tiger head and paw on his left chest. The tattoo was “shiny,” possibly a new tattoo.

There have been no similar incidents of this type reported and there are currently no known witnesses to this incident.

The investigation is ongoing and anyone with information regarding this investigation is urged to contact Sergeant Dan Babel at (760) 552-6800. Callers wishing to remain anonymous are urged to call the We-tip Hotline at 1-800-78-CRIME (27463).