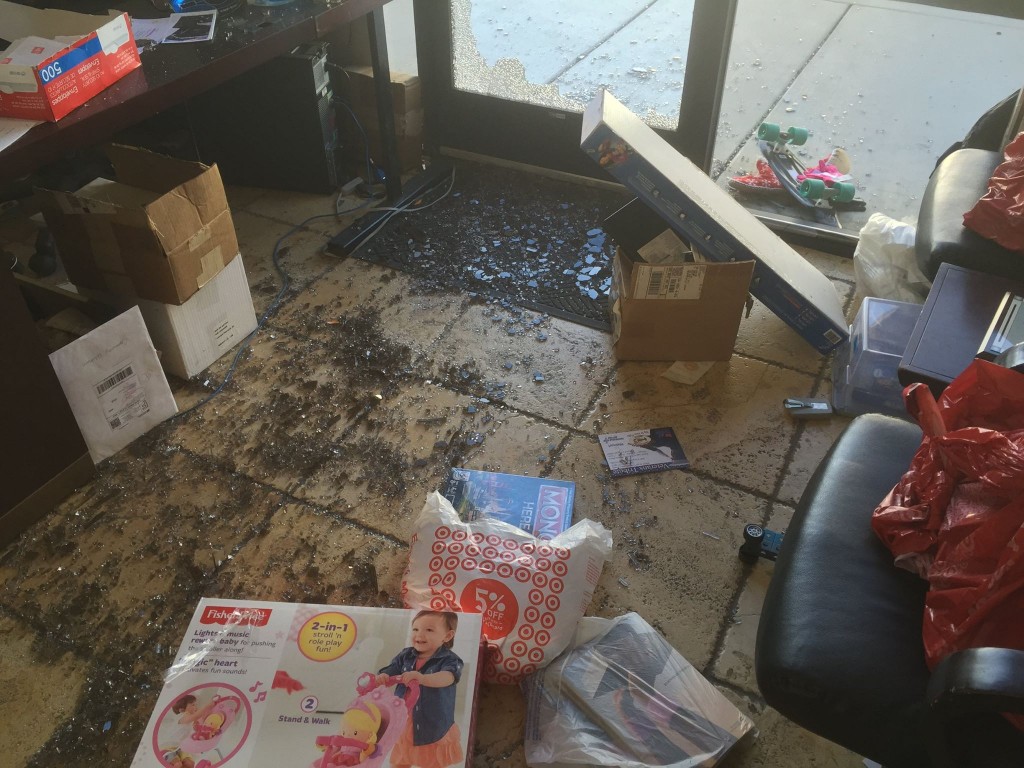 HESPERIA-(VVNG.com): The burglary that took Christmas gifts from a local foundation that serves needy children in the community was shocking to the Victor Valley Community. On December 12, 2015 the foundation successfully collected a large amount of toys at a Veteran’s Tribute for the over 200 children on their list. When the event was over they packed all the toys in their office on the 12000 block of Poplar Street excited for the children that they serve.

During that same night or early in the morning of December 13th, the suspect, identified as 30-year-old Victorville resident, Vincent Robinson, broke the office window with a pipe wrench then left with the toys and cash donations. Founder and President of the Don Ferrarese Charitable Foundation, Dan Tate told Victor Valley News that all the toys were purchased from Target and all the cash was all in change.

“The glass that was broken was repaired and donated by Vern’s Glass,” said Tate. Several other local businesses also stepped in to assist with toy and cash donations.

On January 4, 2016 at about 3:05 p.m. deputies from the Apple Valley Sheriff’s Station responded to a report of a person attempting to cash a check that was reported stolen by Tate.

This new discovery obtained by the Apple Valley Deputies, caused Hesperia detectives to obtain a search warrant on the 14000 block of Estate Way in Victorville. The warrant, according to Sheriff officials was served on Wednesday, January 20, 2016 at about 10:42 a.m. During the search toys, checks, a briefcase and credit cards that were reported stolen were located. In addition to items reported missing by Tate, other I.D.’s, credit cards and mail was also located.

Robinson was arrested and booked into the High Desert Detention Center for possession of stolen property , forgery/counterfeiting and attempted grand theft.