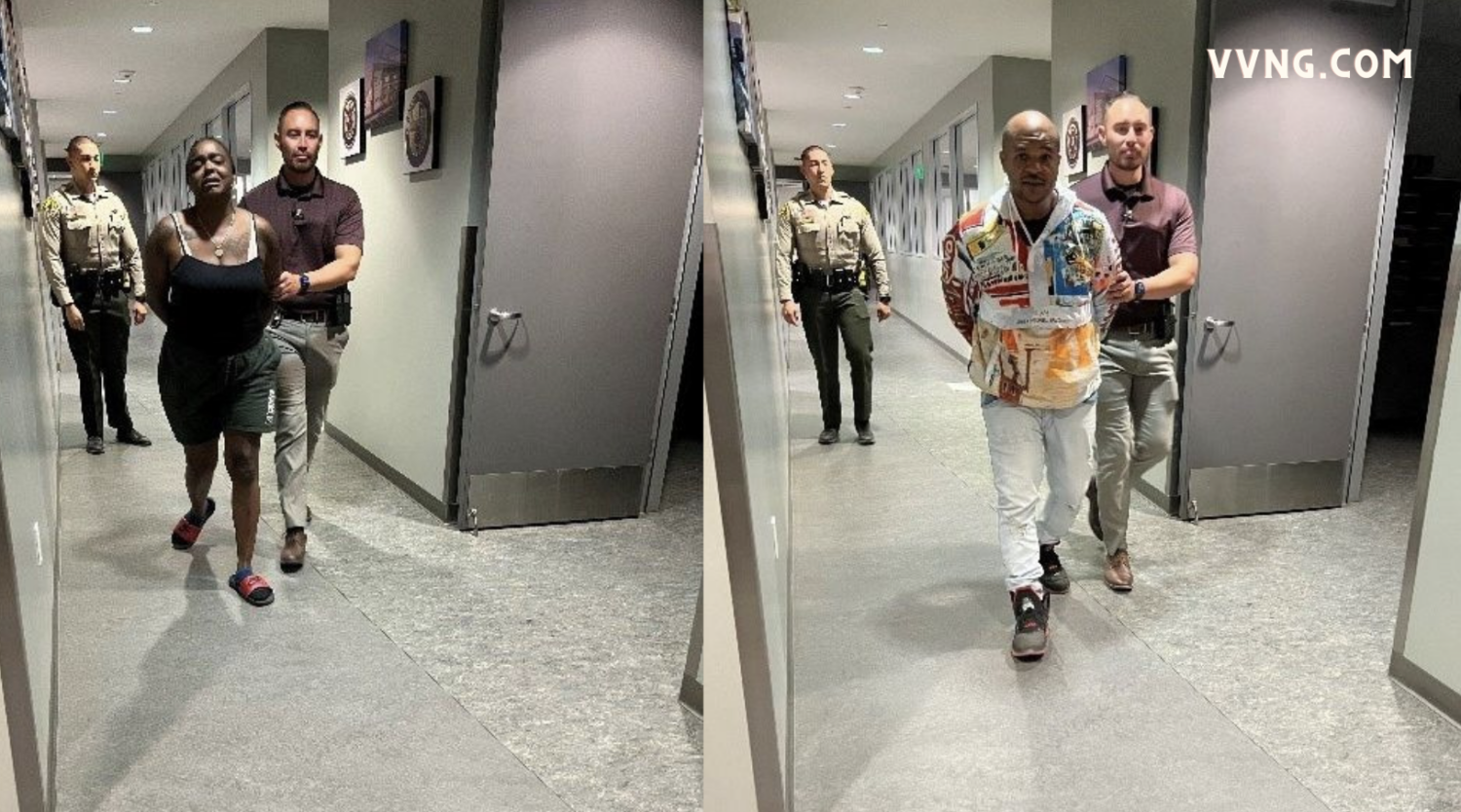 BARSTOW, Calif. (VVNG.com) — Three suspects wanted for the murder of a 23-year-old man in the Town of Barstow are behind bars, officials said.

Officers learned the victim suffered multiple gunshot wounds to his neck, chest, and was transported to Barstow Community Hospital by a friend. The victim, identified as Donta (Donnie) Hayes was later pronounced deceased by medical personnel.

According to a Barstow Police Department news release, detectives learned that Hayes and his male friend got into an argument with two other males in the middle of the street.

Officers were able to locate surveillance video from a neighbor in the area that captured the shooting. Detectives identified the shooting suspect who was driving the silver Dodge charger as Rasheed Ahmed Bey, a 39-year-old resident of Victorville.

According to booking logs, the arrest occurred in the area of Muscatel Street and Well Road in Hesperia. Both suspects were interviewed by Detecives Helms and Sanchez before they were booked for PC 187 – Murder.

On Friday, June 3, 2022, at approximately 6:38 pm, Detective Sanchez was notified that officers from North Las Vegas Police Department, located James Hampton and arrested him without incident.

Officers located a handgun in his possession at the time and collected it as evidence. He was booked for his arrest warrant for PC 187 – Murder.

Those wishing to remain anonymous may also report criminal activity by calling the WE-Tip hotline at 1-800-78-CRIME or by visiting their website at www.wetip.com.