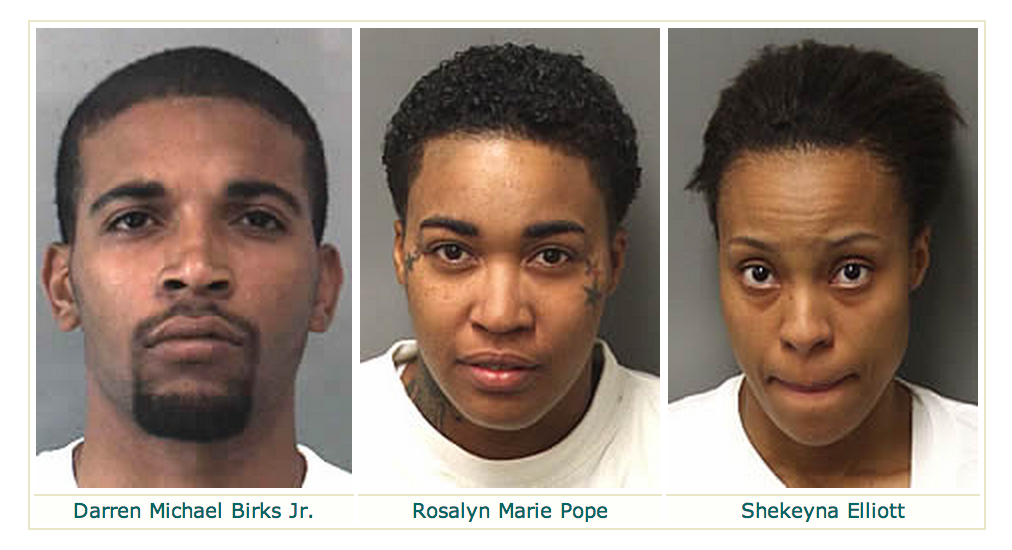 MORENO VALLEY: On March 26, 2014, two businessmen posted an advertisement to purchase motor vehicles.  The two men received a call from someone pretending to be a prospective vehicle seller.  The prospective seller arranged to sell a vehicle at a location near the 12000 block of Calle Sombra and Hemlock Avenue, city of Moreno Valley, at about 9:30 PM.  Once the two men arrived at the location, they were both robbed at gunpoint by two unknown suspects. The two suspects stole both victims’ property then fled the location. Moreno Valley officers were called and quickly arrived but were unable to locate the suspects.  The Moreno Valley Robbery Suppression Team arrived and assumed the investigation.

On April 02, 2014, a similar robbery occurred to another unsuspecting prospective seller of a vehicle, again occurring in the 12000 block of Calle Sombra and  Hemlock Avenue, at about 12:30 PM.  The Robbery Suppression Team expanded their investigation and determined that the same described suspects appeared to have been responsible for both robberies.

During a lengthy investigation into these robberies, a third victim came forth and gave the Robbery Suppression Team members new information concerning these suspects.

On April 9, 2014, about 6:00 PM, Robbery Suppression Team members located both robbery suspects driving in the area of Flaming Arrow and Alessandro Boulevard, Moreno Valley. A vehicle enforcement stop was initiated, resulting in both suspects being arrested. The suspects in this case were found to be in possession of a replica firearm and knife, both matching the weapon descriptions of the past armed robberies.

Robbery Suppression Team officers continued the investigation into the robberies by authoring and serving a search warrant for the suspect’s residence in the 11900 block of Dream Street, Moreno Valley.  During the service of the search warrant, the Special Enforcement Team seized stolen property taken during past armed robberies. Additionally, officers confiscated a large quantity of marijuana for sales at the location and removed several small children from the location.

24-year-old Rialto resident, Darren Michael Birks Jr. and 33-year-old Hemet resident Rosalyn Marie Pope, were arrested for three counts of armed robbery, one count of attempted robbery, conspiracy to commit robbery, and violation of Probation. Both Birks and Popes’ bail was set at $500,000.

28 year- old Moreno Valley resident, Shekeyna Elliott, was arrested for possession of marijuana for sales, child endangerment, and possession of stolen property. All three suspects were booked into the Robert Presley Detention Center.

This investigation is ongoing. Anyone with information regarding this incident or other similar incidents is encouraged to telephone Deputy Leon of the Moreno Valley Robbery Suppression Team at (951) 486-6847.

Related Topics:Moreno Valley
Up Next