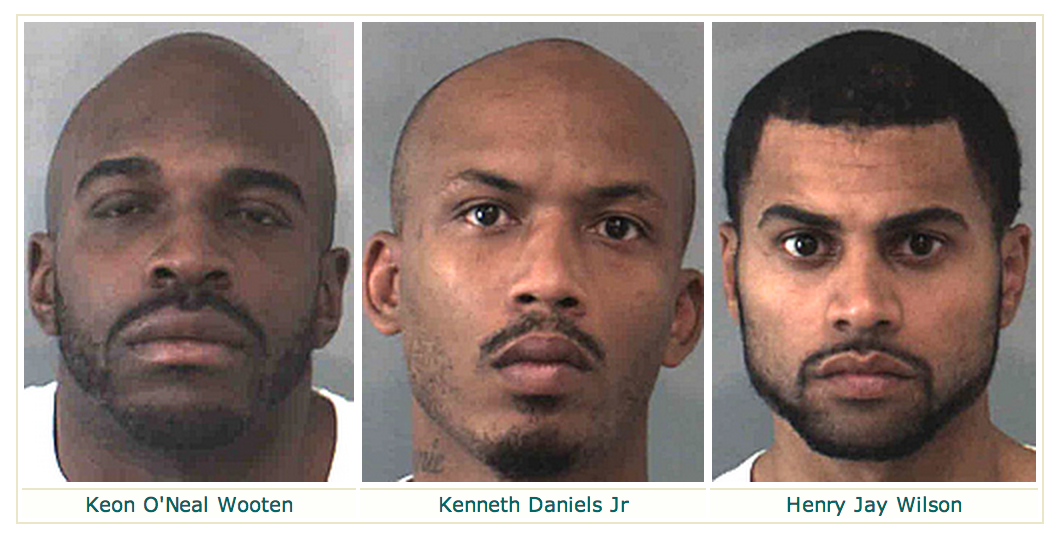 Between November 23, 2013 and December 28, 2013 several suspects are believed to have been involved in as many as five robberies. On some instances the suspects hit the same location on more than one occasion. Multiple robberies with matching suspect descriptions and many other similarities were reported.

According to a press release,”on December 28, 2013, the Perris Police Department responded to the Circle K, located at 3000 block of Case Road, city of Perris reference a robbery. The clerk explained three males entered the business wearing dark masks over their faces and two had what appeared to be semi-automatic handguns.  The suspects stole cigarettes, lottery tickets, and U.S. currency.

Responding officers located a silver Dodge Neon in the area and a vehicle stop was attempted. The vehicle failed to yield and a pursuit was initiated. The suspect vehicle collided with a metal gate in the area of 11th Street and Park Avenue and two black males fled on foot in opposite directions. Both suspects were captured after a brief foot chase. The third suspect, who was not in the vehicle, was located walking on Case Road. He was identified by video surveillance from the Circle K. All items taken during the robbery were located in the vehicle, along with two “air soft” replica handguns.

The Moreno Valley Robbery Suppression Team served two search warrants related to the robberies. One search warrant in the 300 Block of W. Barbour Street, city of Banning and another in the 12000 block of Fredrick Street, city of Moreno Valley. Evidence linking the suspects to the crimes was recovered at both locations. Beatrice Murray, age 49, from Banning was arrested in the city of Moreno Valley for four counts of burglary and receiving stolen property stemming from the robberies. Murray conspired to redeem the stolen lottery tickets with the suspects and cashed over one hundred stolen winning lottery tickets.

Anyone with information regarding this investigation is encouraged to call Investigator Ed Rose with the Moreno Valley Police Department at (951) 486-6700.