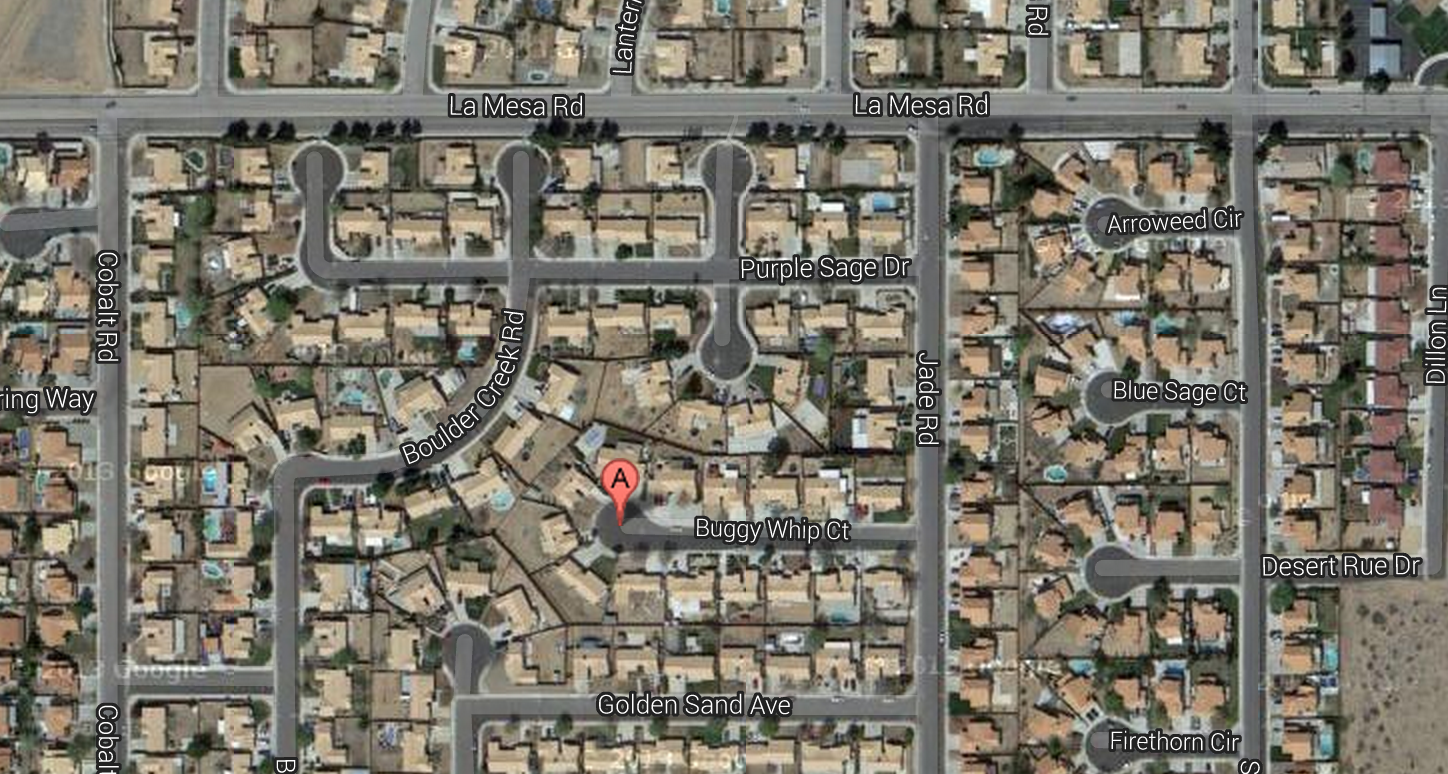 VICTORVILLE: Sheriff’s dispatch received a call reporting a hit and run traffic accident that occurred in a parking lot near the intersection of La Mesa and Amethyst just before 9 p.m. on Thursday.

Exact details are unclear at this point but it’s believed two hispanic males reportedly attacked a victim with an unknown object.

Per scanner traffic, a near by off duty officer witnessed the incident and observed the suspect vehicle intentionally wreck into the victims white SUV. As the victim was stepping out of his vehicle he was reportedly almost struck by the suspects vehicle as it left the scene.

The off duty officer followed behind the suspect vehicle described as an early 90’s model, gray Ford Crown Victoria. The suspect ran through stop signs and managed to evade the following off-duty officer.

Officers from the San Bernardino Sheriff’s department established a perimeter around the suspect(s) place of residence on Buggy Whip Court. Sheriff’s helicopter (40-king) was also requested to assist with aerial support in the search for the suspect(s).

When the suspect(s) vehicle showed up at the residence, officers detained both suspects at gun point and booked them into custody.