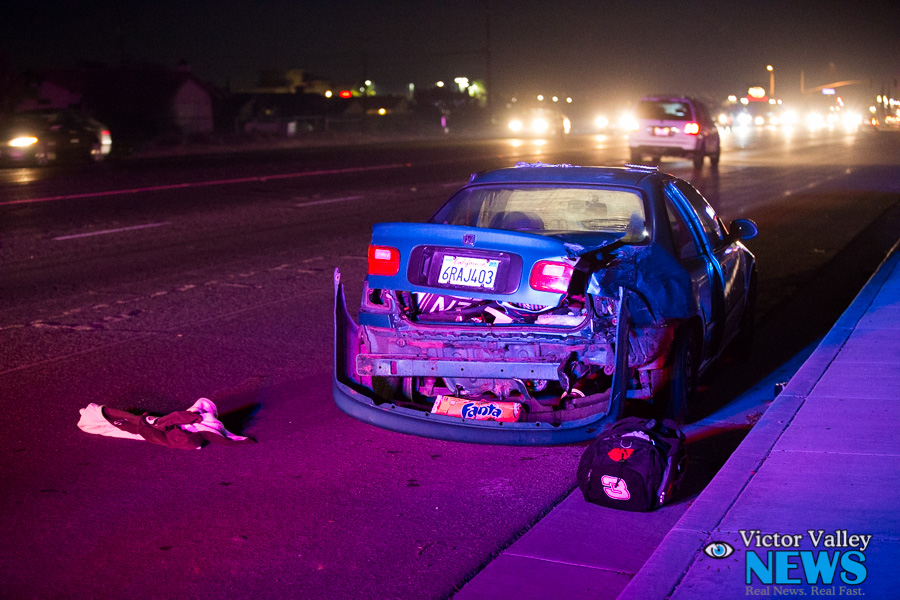 On December 11th at approximately 6:16 p.m., a Hesperia park’s and Recreation Ranger reported he was involved in a traffic collision at the intersection of Main Street and Escondido Avenue.

According to authorities, the Ranger was reportedly westbound on Main Street making a turn southbound onto Escondido Avenue when a sedan ran the light and collided with their unit and a few other vehicles.

Per scanner reports,  the pursuit continued for a couple of minutes before the 1995 Honda Civic yielded on Main Street just west of Topaz.

A female driver of the Honda, later identified as Jennifer Coren Salcido was taken into custody without further incident.

According to a witness, the Honda blew through several red lights. As the vehicle ran the light at the intersection of Escondido and Main it collided into a 2003 Ford Escape and the Hesperia Sheriff’s truck.

No injuries were reported as result of the collision.