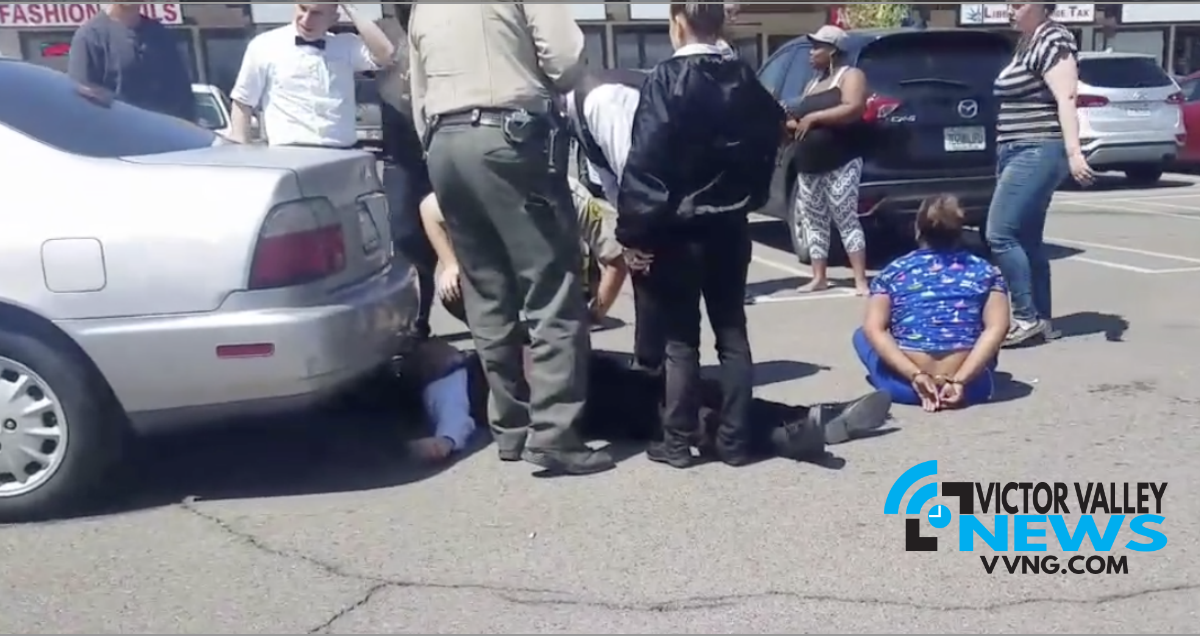 On April 8th at about 1:00 p.m. two women were observed stealing baby formula from the Stater Brothers Market located at 15757 Main Street in Hesperia.

The women exited the store and attempted to flee the scene in their vehicle.

“While lost prevention was trying to make contact Jeter placed her vehicle in reverse hitting two store employees. One employee was transferred to a local hospital for precaution,” stated Chambers.

Clifton Joslyn was in the parking lot and pulled out his cell phone to record the incident.

“When the manager tried to run after them, they ran him over. Luckily, the community stepped up and were able to stop her from getting away as she tried to run them over too,” stated Clifton.

Both women were arrested and booked for PC 245(a)(1) assault with a. Deadly weapon and PC 211 robbery.