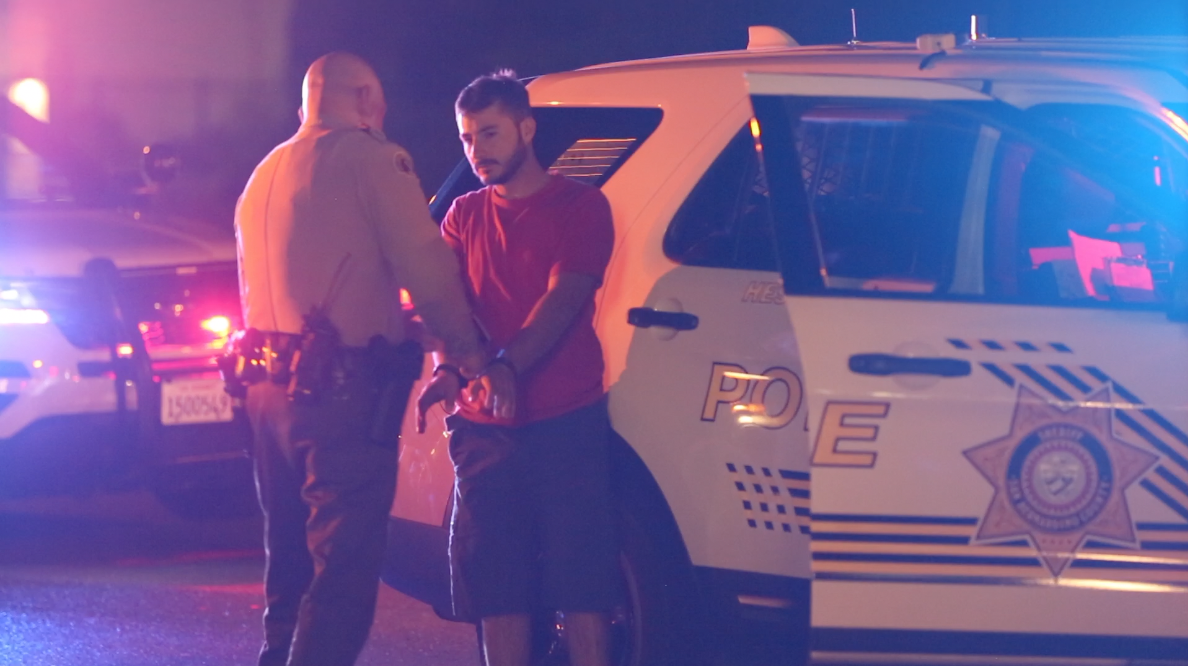 The crash happened just before 9 p.m. in the 16000 block of Bear Valley Road, just west of 7th Avenue.

Hesperia Police say the car, a green Mercedes traveling westbound, crossed over the center divider and went into opposing traffic. The incident caused a chain reaction of crashes that involved 6 cars, the driver left the scene on foot and walked into a nearby ARCO gas station.

Deputies walked into the store and located the suspect inside purchasing a soft drink. He initially denied involvement in the crash but was immediately identified by witnesses as the driver of the Mercedes.

After a field sobriety test and a breathalyzer test, the driver was taken into custody.

Authorities confirmed with Victor Valley News that the driver was arrested for hit-and-run and suspicion of driving under the influence of alcohol.

One person was treated at the scene by First Responders. No major injuries were reported.

Over the past 48 hours, Victor Valley News has reported on four hit-and-run traffic collisions, three of those drivers were suspected of drunk driving.