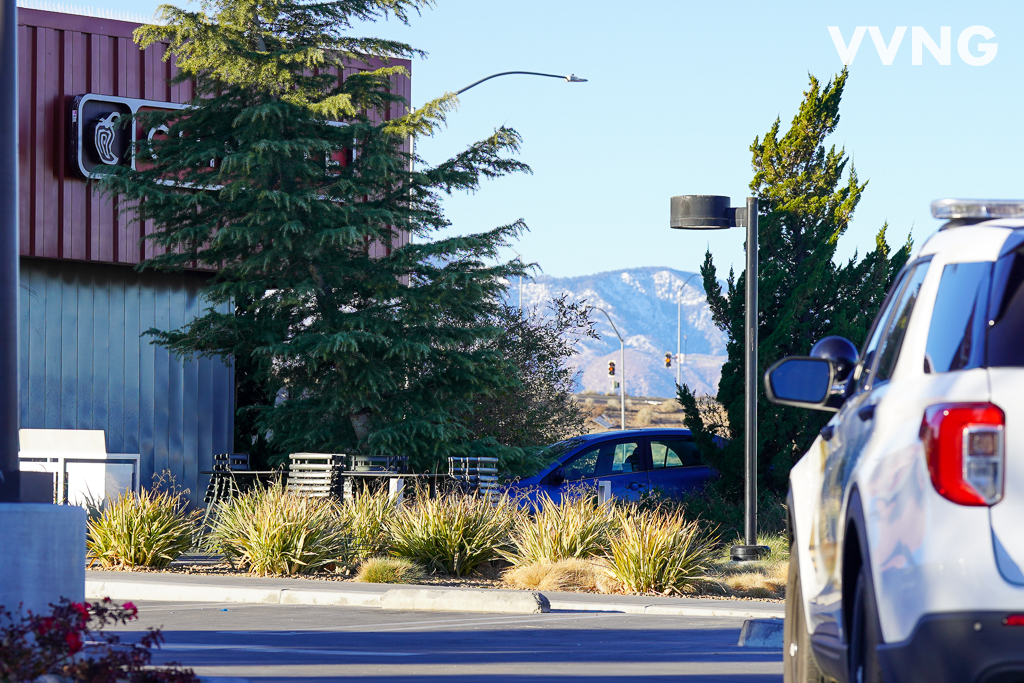 HESPERIA, Calif. (VVNG.com) – A suspected DUI driver was arrested after he narrowly avoided crashing into a Chipotle restaurant on Christmas Eve.

The crash was reported at 7:35 am in the parking lot of the fast-casual restaurant, Chipotle Mexican Grill, located at 9770 Mariposa Road in Hesperia, next to the In-N-Out Burger, along Interstate 15, on December 24, 2022.

Deputies from the Hesperia Police Department responded to the incident, along with San Bernardino County Fire Department, and the California Highway Patrol, and located the blue sedan in the landscaping, stopping just feet away from the building.

The driver, identified as a 30-year-old Hesperia man, was arrested and charged with driving with a blood-alcohol content of 0.08% or higher in violation of California Vehicle Code Section 23152(b).

Employees were inside the restaurant conducting a meeting at the time of the crash, however, no injuries were reported.

The driver did not require medical attention, instead, he was arrested, and then cited and released on December 25, 2022.