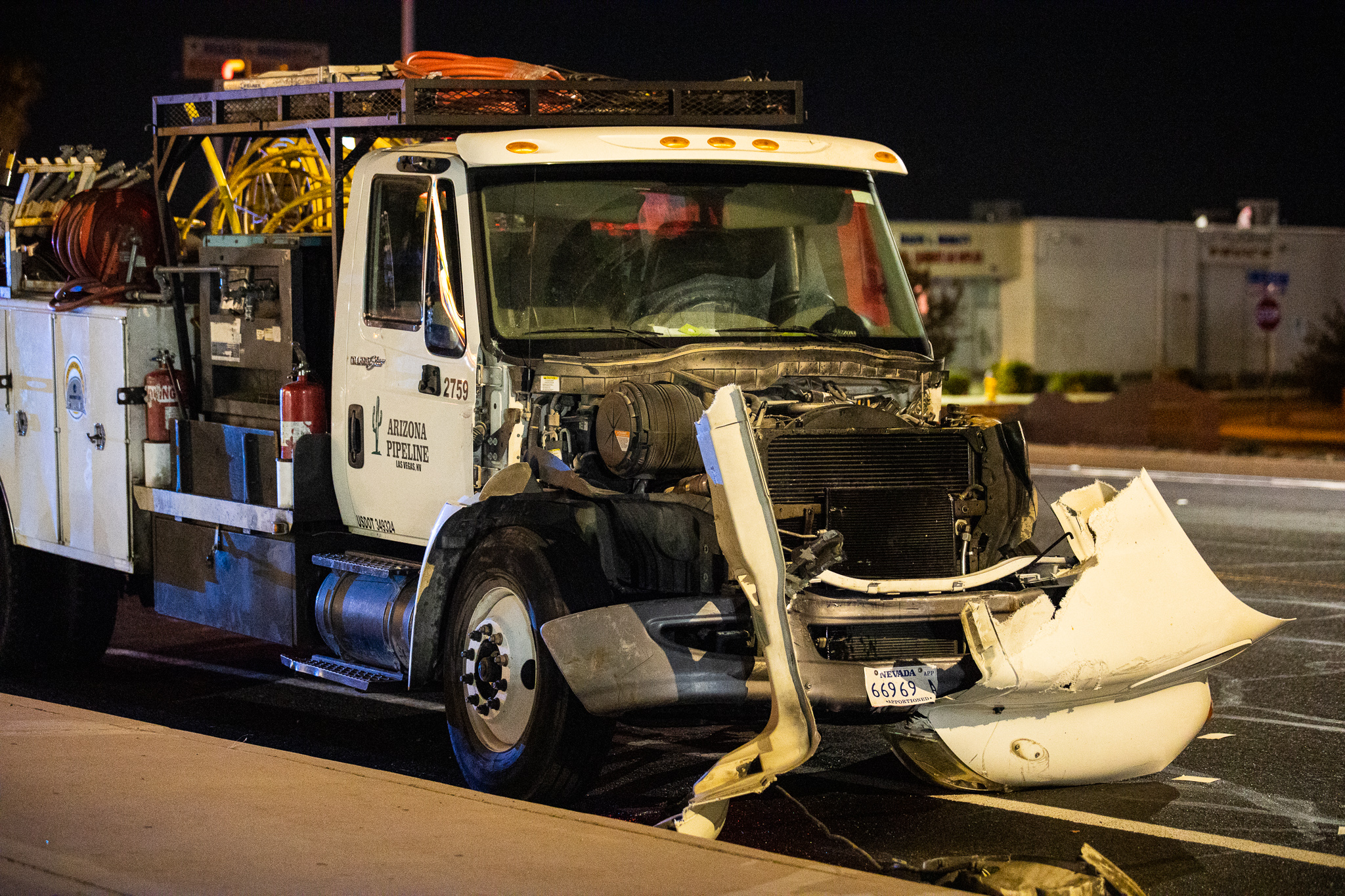 The crash was reported around 10 p.m. near Mariposa Road and 7th Street near the Green Tree Inn involving a white 2018 Toyota Tacoma Pickup truck and a white utility truck owned by Arizona Pipeline.

Emergency personnel arrived on scene and located the overturned Toyota with a man and a woman trapped inside.

Witnesses said the truck rolled multiple times before coming to a stop. A 3-year-old girl and a male teenager managed to exit the truck with minor injuries.

Firefighters had to cut the truck’s roof off to access the two adults.

The utility truck owned by the Nevada based business was found parked on 7th Street in front of the Bakers Burger, about a half-mile from where the crash occurred.

The company truck sustained major front end damage, and sheriff officials told Victor Valley News that the driver was arrested for suspicion of driving under the influence of drugs and or alcohol.

The two people from the Tacoma were taken to a hospital with unknown injuries.

The exact cause of the crash is under investigation.