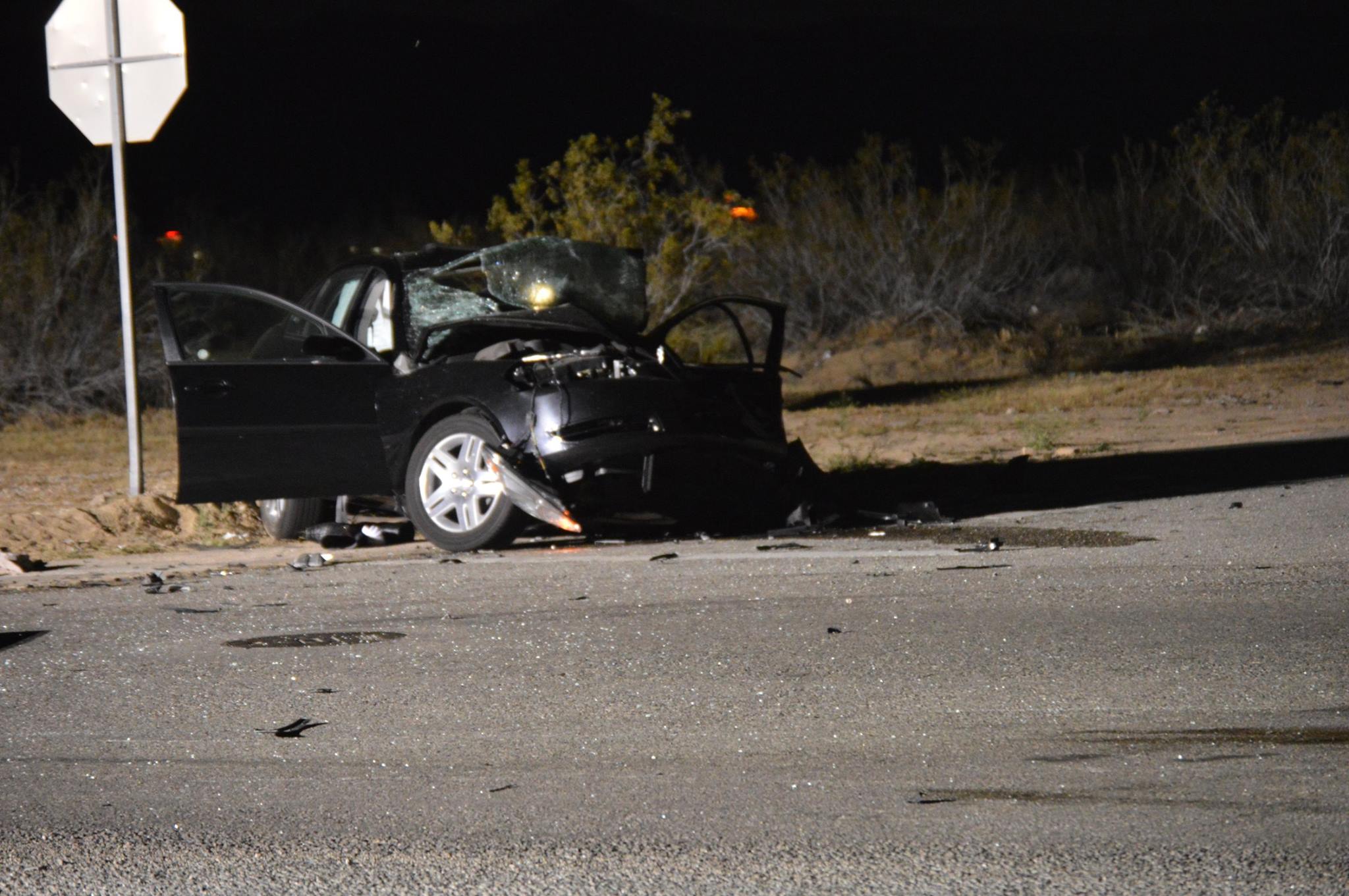 HESPERIA:(VVNG.com)- One man is dead, and another was airlifted with unknown injuries after a head-on collision in Hesperia. According to authorities, a suspected drunken driver is believed to have caused the fatal traffic collision.

On Friday, May 1, 2015 at approximately 7:46 P.M., sheriffs dispatch received a report of a head-on traffic collision at the intersection of Mariposa Road and Eucalyptus Avenue.

Sheriff’s deputies as well as personnel with the San Bernardino County Fire Department responded to the scene. Upon arrival, they located a collision involving a Honda Ridgeline truck and a Chevy Impala car. Both with major front end damage.

It was determined by deputies on scene that the Honda truck was traveling north on Mariposa Road and the Chevrolet was traveling south. For unknown reasons the Honda truck partially crossed over the double yellow lane lines and into the southbound traffic lane and the head-on collision occurred.

The driver of the black Chevrolet sustained fatal injuries as a result of the collision. An adult male passenger inside the Chevrolet was airlifted to Loma Linda Medical Center. The extent of his injuries are unknown at this time.

“The driver of the Honda is under arrest for suspicion of driving under the influence of alcohol”, stated Deputy Sheriff B. Lovasco, with the Hesperia Police Department.

The Honda was occupied by two males as well as a dog. All occupants of the Honda were checked out by the fire department personal and refused medical treatment. The dog did not sustain any injuries and was picked up by a family member.

The driver of the Honda, 51-year-old William Burke, was arrested on suspicion of driving under the influence of drugs and alcohol and booked at the High Desert Detention Center in the City of Adelanto. Burke is being held in lieu of $250,000 bail and is scheduled for arraignment on Tuesday, May 5th.

MAIT Investigators are continuing the investigation into the collision. Mariposa Road was closed in all directions until about 4:45 a.m., while MAIT investigators processed the scene for evidence and interviewed witnesses.

When the identity is confirmed and next of kin notified, his name will be released. More information will be updated as it becomes available.

Anyone with information or anyone who may have witnessed the collision is asked to contact Deputies Brian LoVasco or Simon DeMuri from the Hesperia Station.