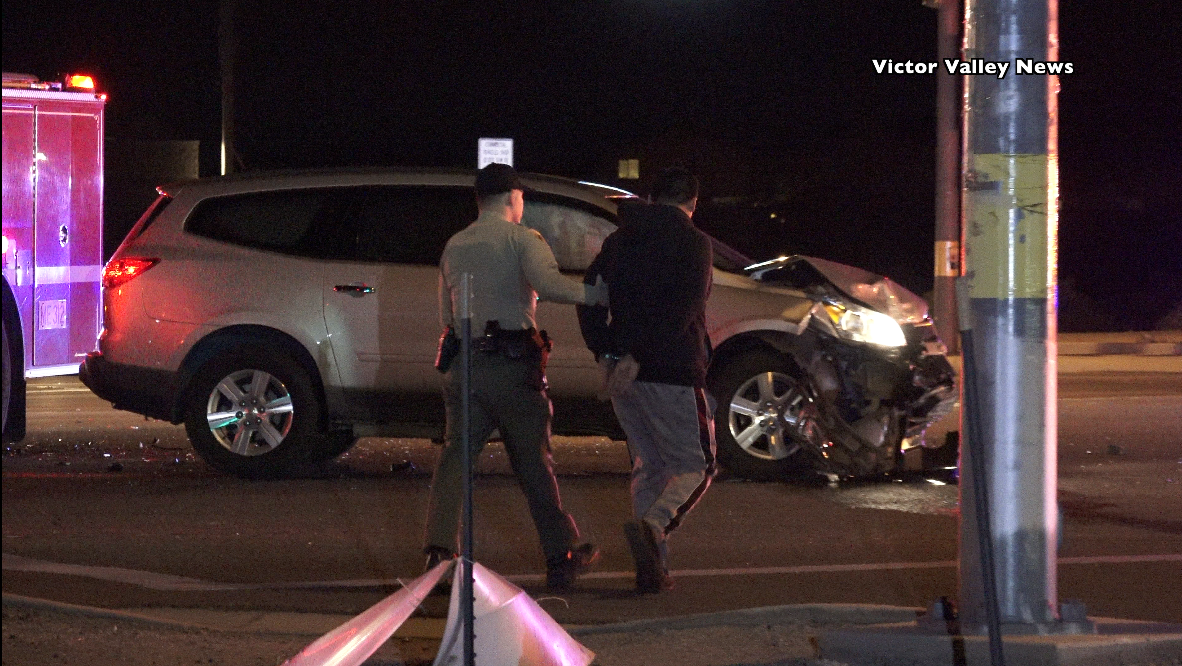 VICTORVILLE, Calif. (VVNG.com) — An eight-year-old male passenger was taken by ambulance to a trauma center after the vehicle he was in was rear-ended by a suspected drunk driver.

According to witness Yvonne Hernandez, a male driver of a 2010 Chevy Traverse SUV was traveling westbound on Mojave Drive at a high rate of speed and nearly crashed into one car while swerving in and out of traffic. Hernandez said the driver then rear-ended a 2016 Chrysler 300 sedan that was stopped at a red light.

Hernandez and her husband stopped to render aid and said the 8-year-old was initially unconscious.

A helicopter was requested, but due to weather conditions, it was unable to fly the child to a trauma center. Instead, he was taken by ground ambulance to Loma Linda University Medical Center.

Officials on scene said the male driver of the SUV was arrested on suspicion of driving under the influence of alcohol. An opened 12-pack of beer could be seen in the back seat.

UPDATE 10/16 – The suspect arrested for DUI was identified as Roberto Toledo, 29, a resident of Victorville. He was booked at the High Desert Detention Center for Driving While Under the Influence resulting in bodily injury. 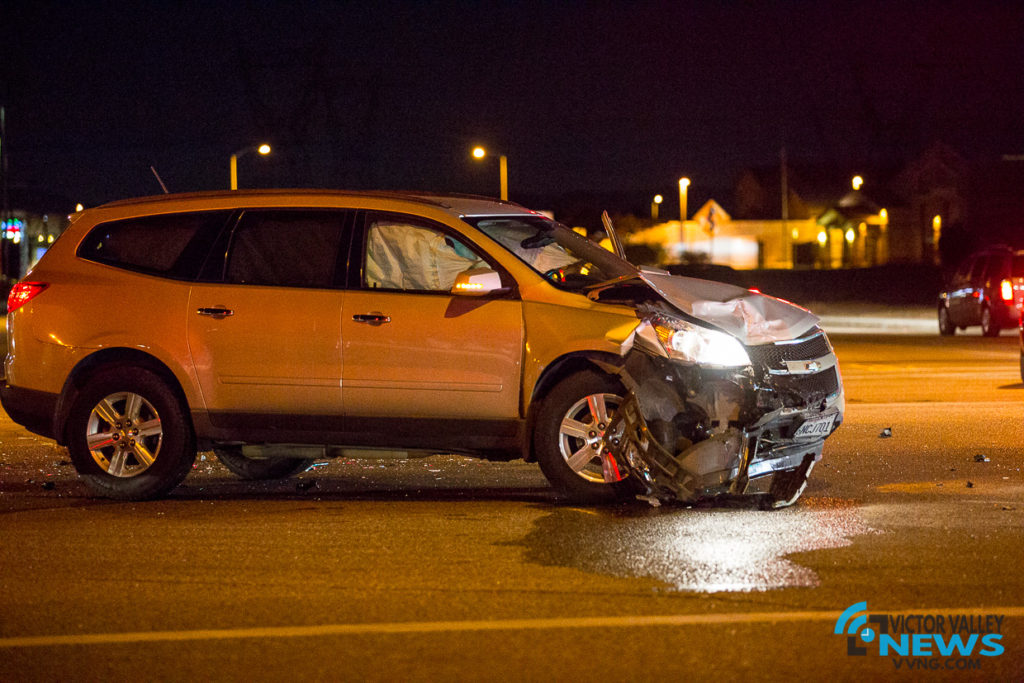 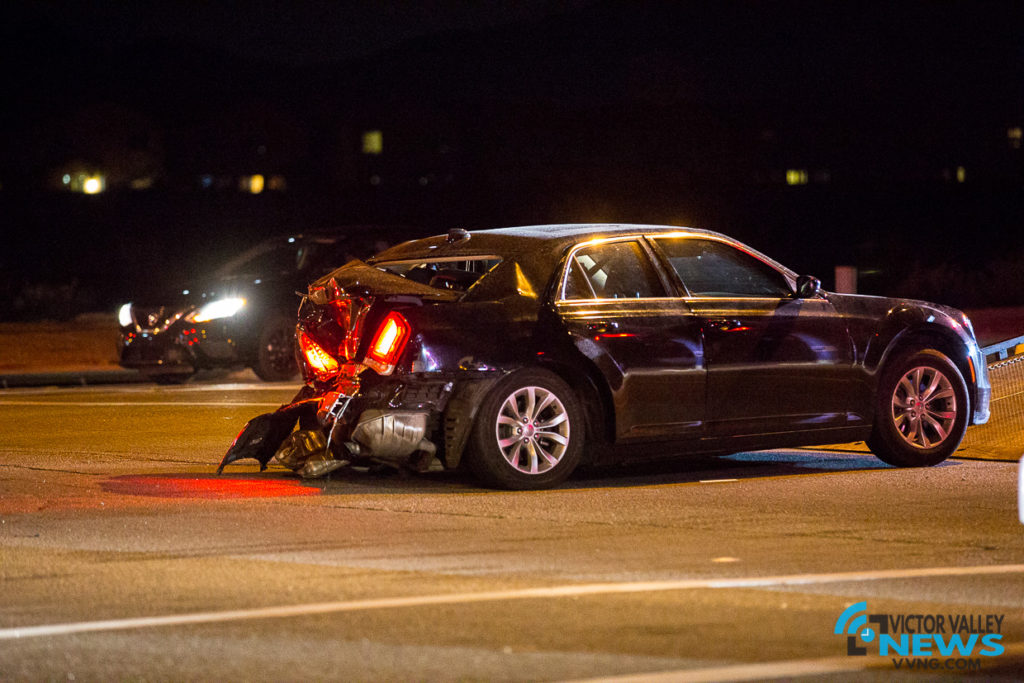 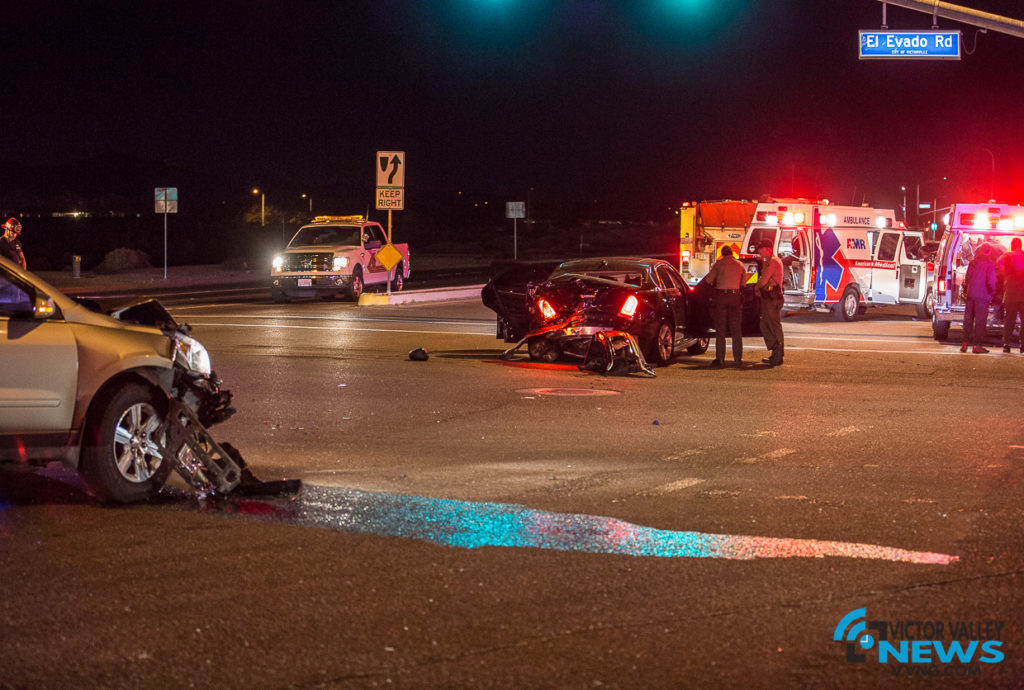