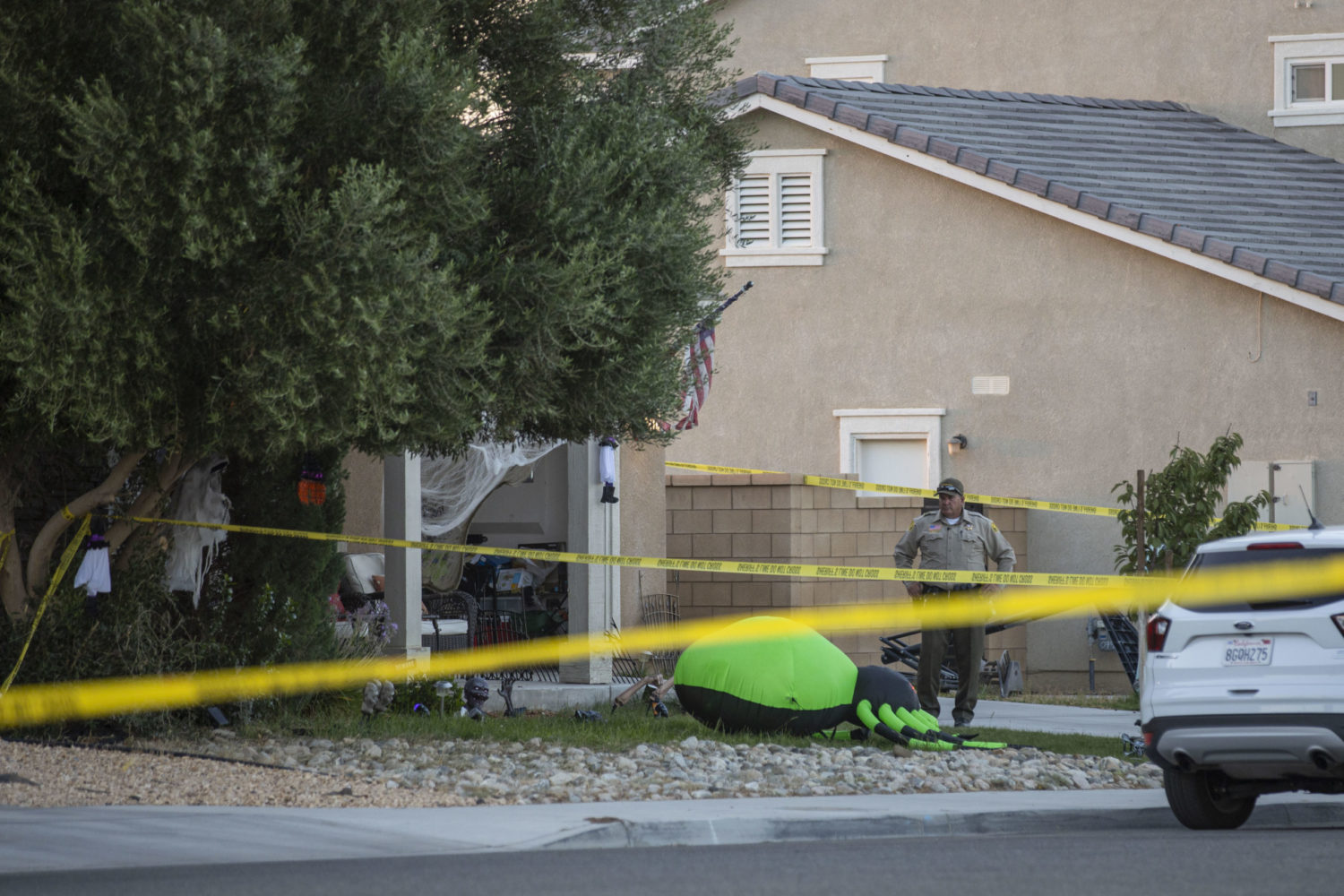 A sheriff's deputy stands near Halloween decorations outside of a home where a 29-year-old Victorville woman was murdered. (Hugo C. Valdez, VVNG.com)

VICTORVILLE, Calif. (VVNG.com) — A suspect who shot himself while driving on the I-15 freeway after allegedly murdering a woman in Victorville remains hospitalized, officials said.

On Sunday, October 11, 2020, at approximately 8:01 am, deputies from the Specialized Enforcement Division (SED) were requested by the California Highway Patrol to assist with a male subject inside a vehicle following a traffic collision on Interstate 15 at Cleghorn Canyon.

The driver of a red Dodge Charger, later identified as 37-year-old Damien Hart, a resident of Victorville, attempted suicide by shooting himself as he drove the vehicle along with an adult female and two young children. Officials said all three passengers were able to exit the vehicle uninjured.

Following the crash, Hart refused to listen to officers commands and remained inside the vehicle for several hours. Authorities were forced to shut down all lanes of the southbound I-15 as they negotiated with Hart to exit.

Nearly two hours later, the SWAT team moved in with armored trucks and the wounded suspect was safely removed. He was transported to a local hospital and is expected to survive his injuries, officials said.

As authorities investigated the incident they received information concerning a female’s well-being at a residence in the 12700 block of Trent Place in Victorville. Officers entered the home and located the body of 29-year-old Kamyra Leach inside a bedroom with apparent gunshot wounds. Leach was pronounced deceased at the location.

After Hart is released from the hospital he will be booked for the murder of Leach. Officials said, no additional information is available for release at this time.

The investigation is ongoing, and anyone with information is asked to contact Detective Eric Ogaz, Specialized Investigations Division – Homicide Detail at (909)387-3589. Callers can remain anonymous and contact WeTip at 800-78CRIME or www.wetip.com.

Related Article: Southbound I-15 in Cajon Pass closed due to shooting investigation