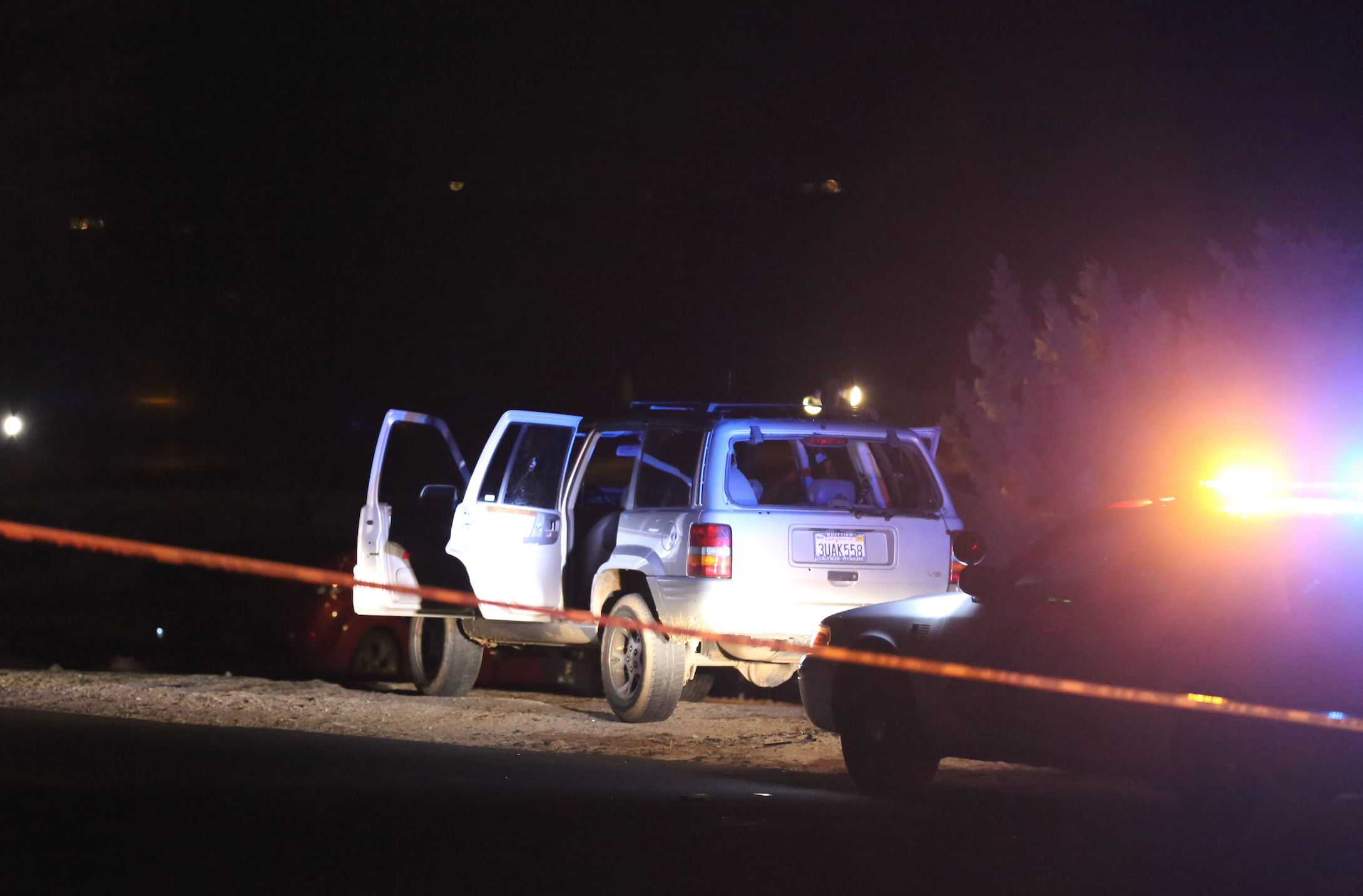 VICTORVILLE:(VVNG.com)- The suspect in Tuesday nights officer involved shooting has been identified as 29-year-old Strader Surratt a resident of Victorville.

On Tuesday, January 6, 2015, at approximately 10:39 p.m., deputies from the Victorville Police Department conducted a traffic stop on a vehicle on Navarro Drive north of Seneca Road for expired registration.

Surratt was sitting in the front seat of the older model Jeep Cherokee SUV. As deputies attempted to identify him, he reached into his waist band where he had concealed a handgun, according to police. Deputies quickly retreated and fired at the suspect.

The suspect fled the location on foot into the desert and additional deputies responded as well as Sheriff’s aviation to assist in the search for the gunman.

After a brief search Sheriff’s aviation located the suspect hiding in a bush and as the deputies approached, the suspect began shooting at the deputies. Several deputies returned fire and the suspect was struck multiple times. The suspect was airlifted to a local hospital where he underwent surgery and is expected to survive. The two other occupants of the vehicle were interviewed and released.

Detectives from the San Bernardino County Sheriff’s Department Homicide Detail responded to the location and are conducting the investigation. The investigation is ongoing and no additional information is available for release at this time. Two deputies sustained minor injuries, not related to the gunfire.

Anyone with information regarding this incident is urged to contact Detective Eddie Bachman or Sergeant John Gaffney of the Sheriff’s Homicide Division at 909-387-3589. Callers wishing to remain anonymous are urged to contact the We-Tip Hotline at 1-800-78-CRIME (27463) or you may leave information on the We-Tip website www.wetip.com