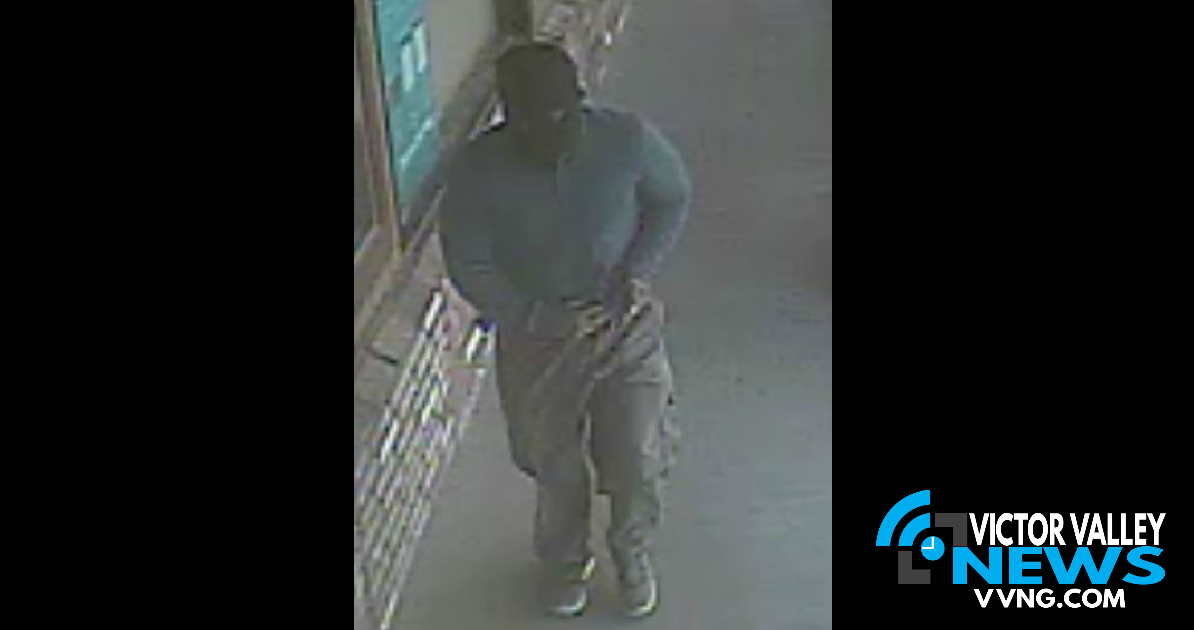 LUCERNE VALLEY, Calif. (VVNG.com) Authorities have released a surveillance photo of the suspect who robbed the First Mountain Bank in Lucerne Valley.

Upon arrival, deputies were informed that an unknown male entered the bank armed with a black handgun and demanded money.

He fled the location on foot, with an undisclosed amount of money, no vehicle was seen.

The suspect, described as possibly a Hispanic male is about 5’6″ – 5’9″ and weighs approximately 160-200 pounds. He was last seen wearing a blue sweatshirt, green cargo pants, blue and white athletic shoes, and a black ski mask.

Detectives are asking for the public’s assistance in identifying and locating the suspect involved in this robbery. Anyone with information is asked to contact the Lucerne Valley Station at (760) 248-7655 or (760) 552-6801 or Sheriff’s dispatch at (760) 956-5001. Callers wishing to remain anonymous are urged to call the We-Tip Hotline at 1-800-78-CRIME (27463) or you may leave information on the website at www.wetip.com