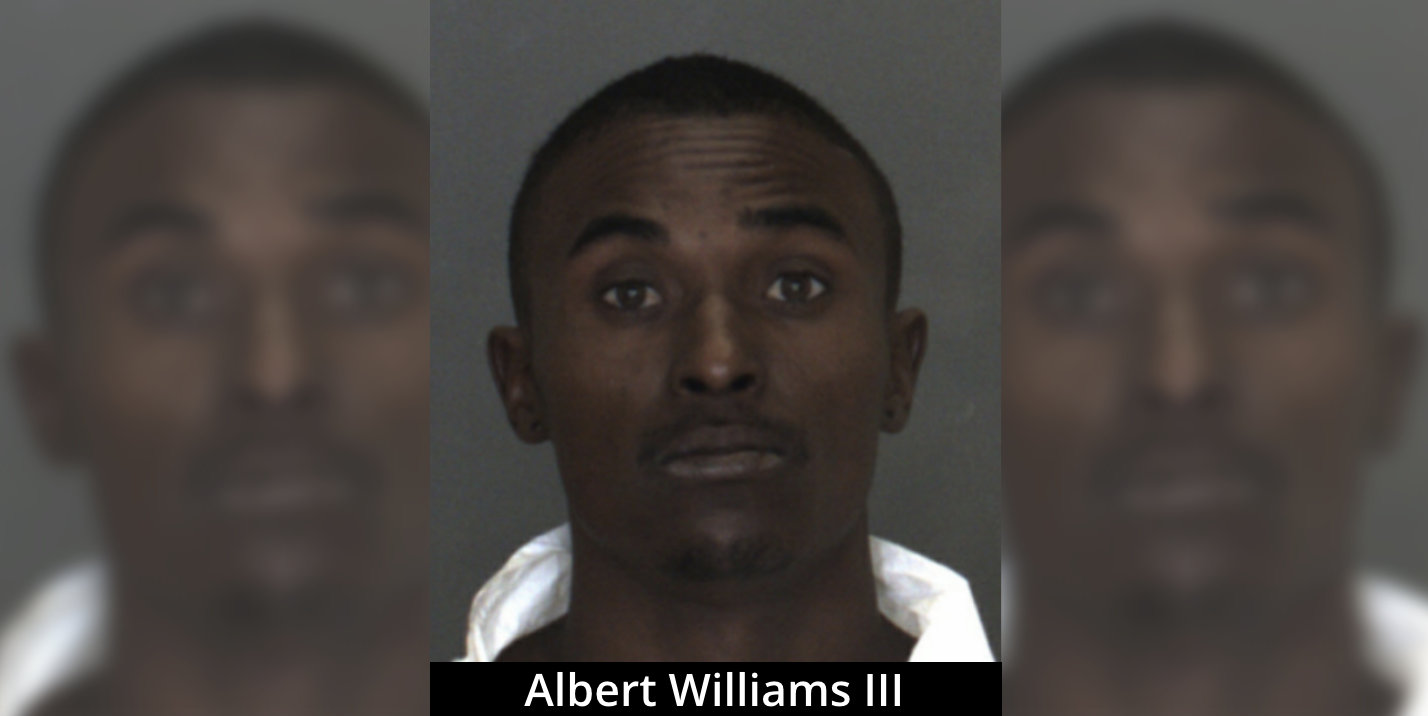 BARSTOW, Calif. (VVNG.com) — Barstow Police arrested Albert Williams III, a 26-year-old resident of Hinkley for attempted murder after he stabbed a man in the chest and neck at a gas station, officials said.

“The caller, who was an employee of the gas station, told dispatch that a male subject had just stabbed another male near the gas pumps and that the male suspect fled on foot toward the Ramada Inn. The caller also stated that the victim left in a vehicle driven by a female,” stated a news release.

As officers responded to the scene, Sergeant Daniel Arthur drove to Barstow Community Hospital where he located the victim suffering from multiple stab wounds to his chest and neck.

Due to the severity of the victim’s injuries, he was subsequently airlifted to Antelope Valley Hospital.

Detectives also conducted an infield show-up with the victim’s fiancé and she positively identified Williams as the person who had stabbed the victim. Officers arrested Williams and transported him to the Barstow Police Department.

Anyone with additional information regarding this investigation may contact Detective Thomas Lewis at (760) 255-5187. Those with information who wish to remain anonymous can contact We-Tip at 1-800-78-CRIME (27469) or may leave information on the We-Tip website at www.wetip.com.