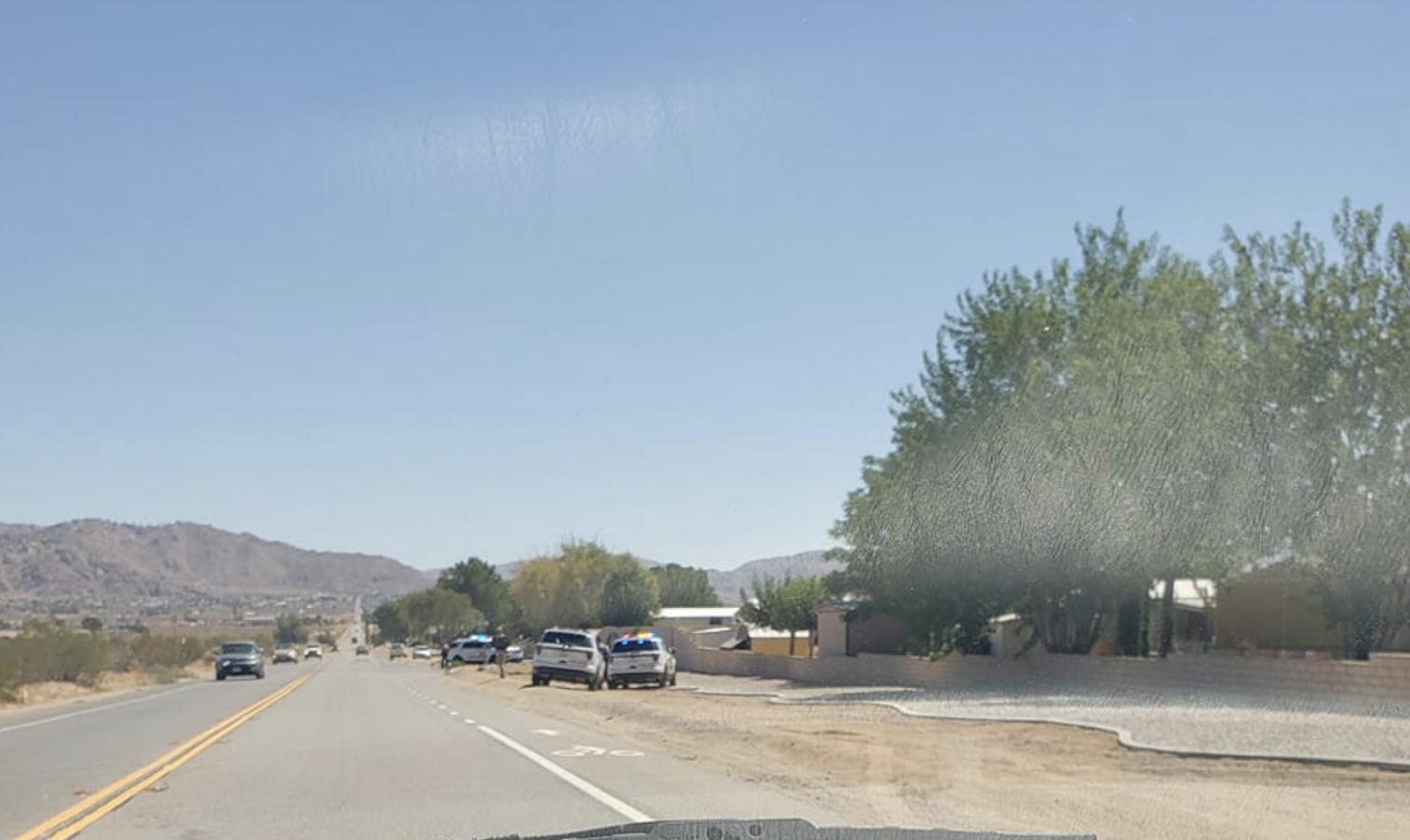 APPLE VALLEY, Calif. (VVNG.com) — A man was taken into custody after a stand-off at Los Ranchos Mobile Home Park in Apple Valley Thursday.

Sheriff’s Spokeswoman Jodi Miller told Victor Valley News, deputies from the Big Bear Station were conducting a follow-up burglary investigation and identified a subject living in the 20600 block of Waalew Road as an involved person in the burglary.

“As deputies and detectives were arriving at the location, the suspect retreated into one of the bedrooms refusing to come out of the home,” stated Miller.

A helicopter responded to the location and assisted ground deputies with PA announcements advising the subject inside to come out with his hands up.

At approximately 12:28 prior to deputies from the Specialized Enforcement Team making entry into the home the suspect exited the residence.  The suspect was taken into custody without further incident.