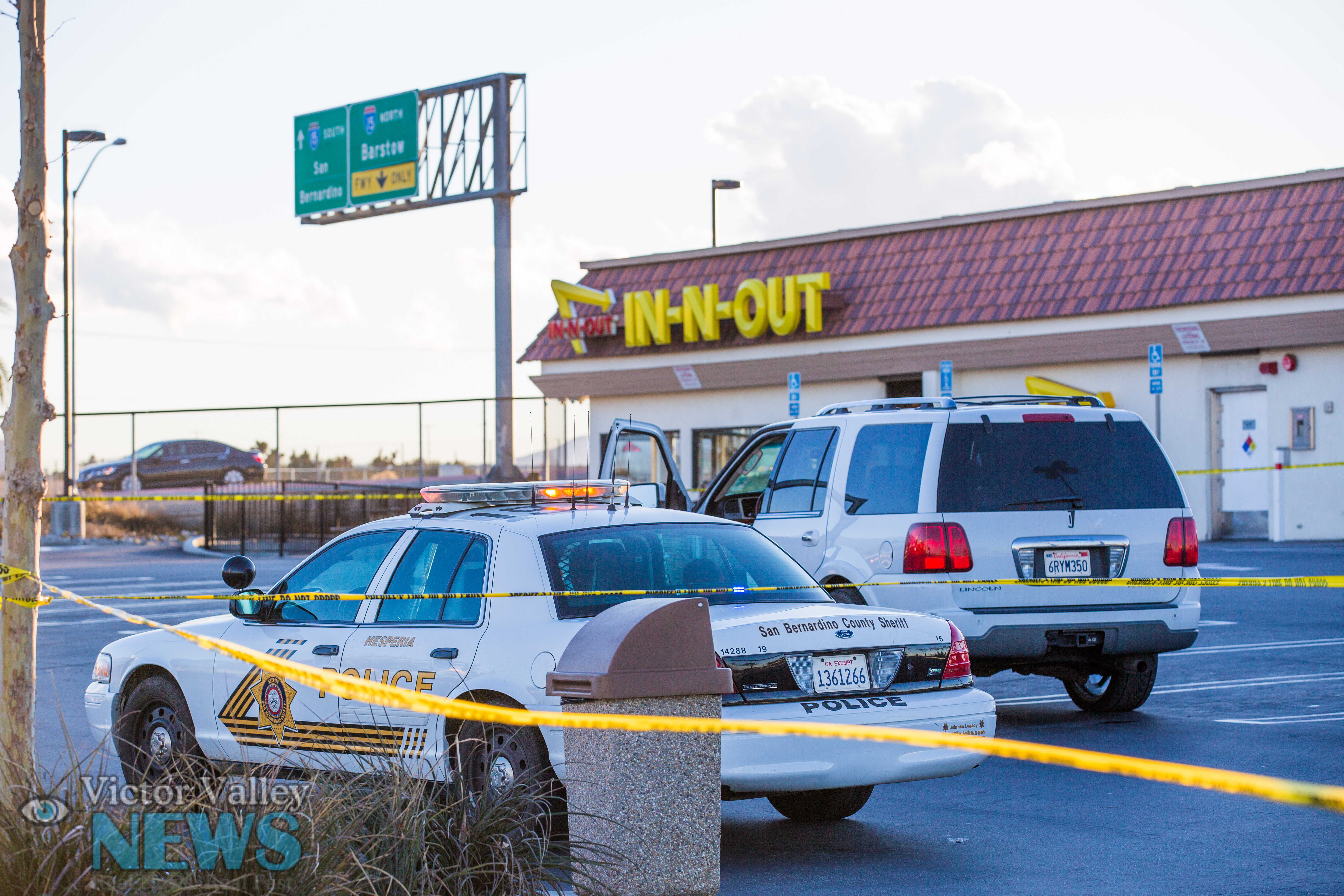 HESPERIA, CALIF (VVNG.com) Deputies are urging the public to come forward with any information that may assist in the deadly shooting that occurred at the In-N-Out parking lot Christmas day.

Skid marks were visible in the In-N-out parking area where the SUV was parked, located at the 13000 block of Main Street and Mariposa Road. A Hispanic male was left dead after he was shot multiple times in the chest area while in his white Lincoln SUV in the restaurant parking lot. A Raider jacket and Raider hat belonging to the victim was located on the ground next to the victim.

It is unclear if there was an altercation that led to the deadly shooting, however as of 8:00 p.m. a suspect(s) has not been detained at this time. Deputies were searching for a possible red Dodge Ram truck, older model with 2-doors.

Cassie Vandenberg, a member of Victor Valley News reported that she heard the shots and witnessed the red truck near the victims vehicle when she glanced into the parking lot after the shooting, “It was not a drive by. All the doors were open on both vehicles,” she commented.

The In-N-Out was closed in observance of the Christmas holiday, but detectives did reach out to the restaurant and surrounding businesses to obtain surveillance video.

A woman was placed in the backseat of the Sheriff’s unit for questioning, but it’s unsure if she was an occupant in the vehicle at the time of the shooting.