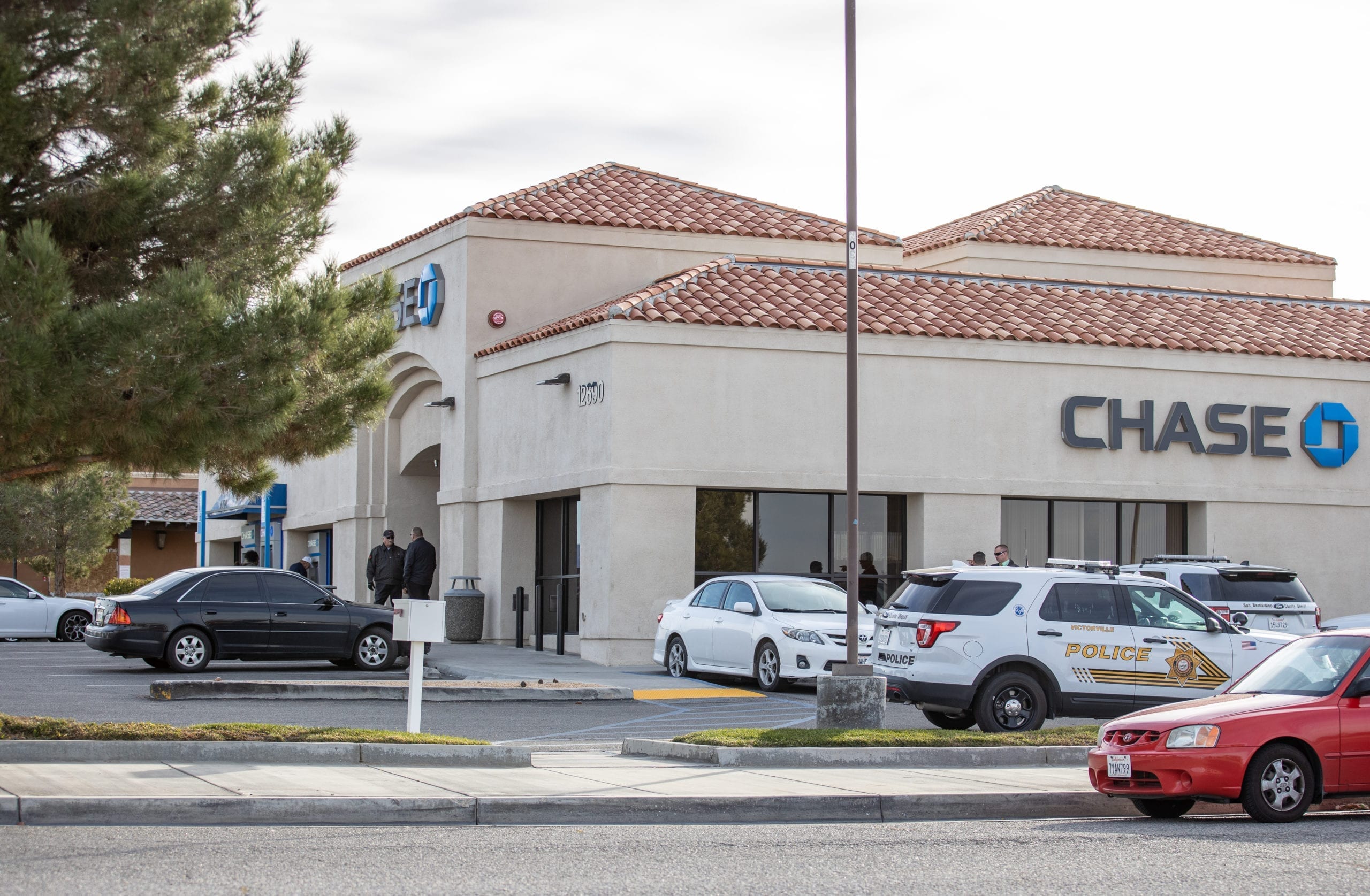 VICTORVILLE, Calif. (VVNG.com) — Police are continuing to search for a suspect who robbed a Victorville Chase Branch on Tuesday.

Just before 2:00 pm on December 17, 2019, deputies responded to the report of a robbery that had just occurred at the Chase Bank on 126900 block of Hesperia Road.

“Upon arrival, deputies were informed a male subject demanded money from one of the bank tellers,” stated sheriff’s spokeswoman Jodi Miller. “The subject left the location with an undisclosed amount of money.”

Miller said that a male subject was detained near the incident location however, it appeared the person was not involved in the incident.

“There is little description of the suspect, just that it was a male believed to have left the location on foot,” stated Miller.