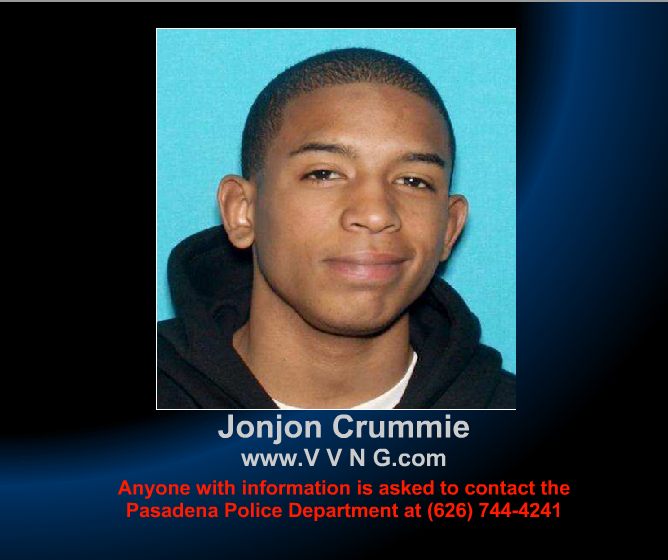 The Pasadena Police department are searching for a suspect wanted for murder. According to a release,  police officers responded to the 1500 block of N. Raymond Avenue in Pasadena regarding a report of shots fired on February 16, 2014, at approximately 8:48 am.

Upon arrival, officers located a victim, Hispanic female-19, deceased inside a residence from a gunshot wound. Her identity has not been released.

Pasadena Homicide Detectives responded and began their investigation. The investigation led to a suspect identified as, Jonjon Crummie, per the release.

Crummie is described an 18-year-old black male, 5’11”, 130 lbs, with black hair and brown eyes. He was last seen wearing black pants, a black “hoodie” and black shoes and running northbound from the location.

Crummie is considered armed and dangerous. If seen, do not attempt to apprehend you are urged to please call the police department immediately.

Pasadena Homicide Detectives continue to investigate this crime. Anyone with information is asked to contact the Pasadena Police Department at (626) 744-4241, or you may report anonymously through Crime Stoppers at (800) 222-TIPS (8477) or https://lacrimestoppers.org