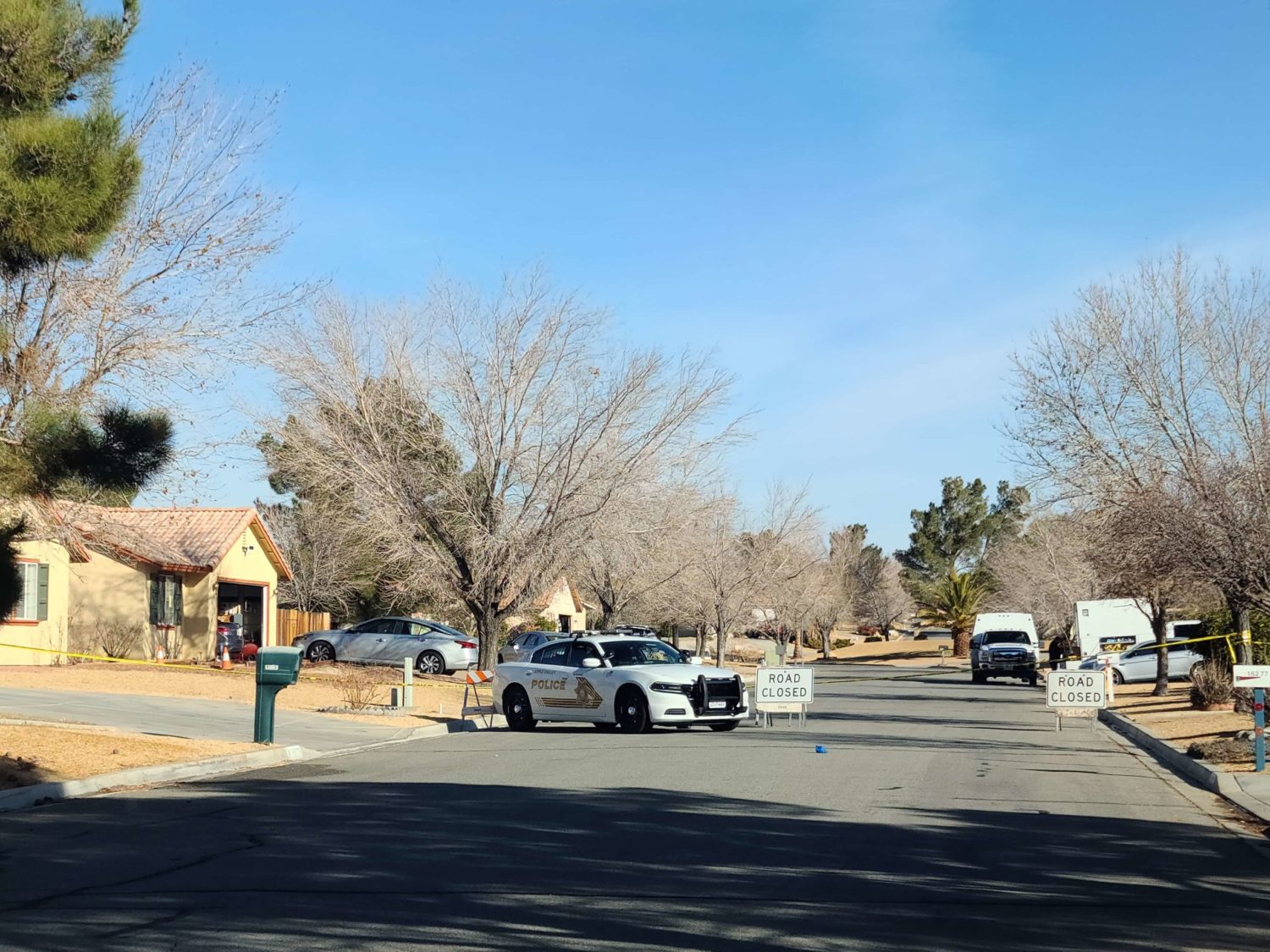 APPLE VALLEY, Calif. (VVNG.com) — A 33-year-old Apple Valley man was shot and killed by an elderly neighbor after allegedly stabbing his step-mother to death and critically injuring his father.

Arriving deputies found a male and female deceased near the front of a home and a third person laying in the street suffering from apparent knife wounds.

Homicide detectives determined the suspect, Jeremy Koger, was at the home of his father and step-mother, identified as Jerry Koger, 58, and Lorain Corral, 55. For reasons, still unknown, he attacked them with a knife.

According to a sheriff’s news release, “both victims ran outside and sought help from neighbors, and Jeremy left the location. While neighbors called 911 and assisted Jerry and Lorain, Jeremy returned and began attacking Lorain again with a knife.”

A neighbor ran into his home, armed himself with a gun, and yelled at Jeremy to stop, but he continued stabbing Lorain, officials said. At that time the neighbor, an 84-year-old man, shot Jeremy and stopped the attack. The neighbor was shaken up but not injured.

Lorain and Jeremy were pronounced deceased at the scene. Jerry was airlifted to the hospital and
remains hospitalized.

The investigation is ongoing and anyone with information, or anyone who witnessed the incident, is
asked to contact Detective Simon DeMuri, Specialized Investigations Division – Homicide Detail at
(909)387-3589. Callers can remain anonymous and contact WeTip at 800-78CRIME or www.wetip.com.