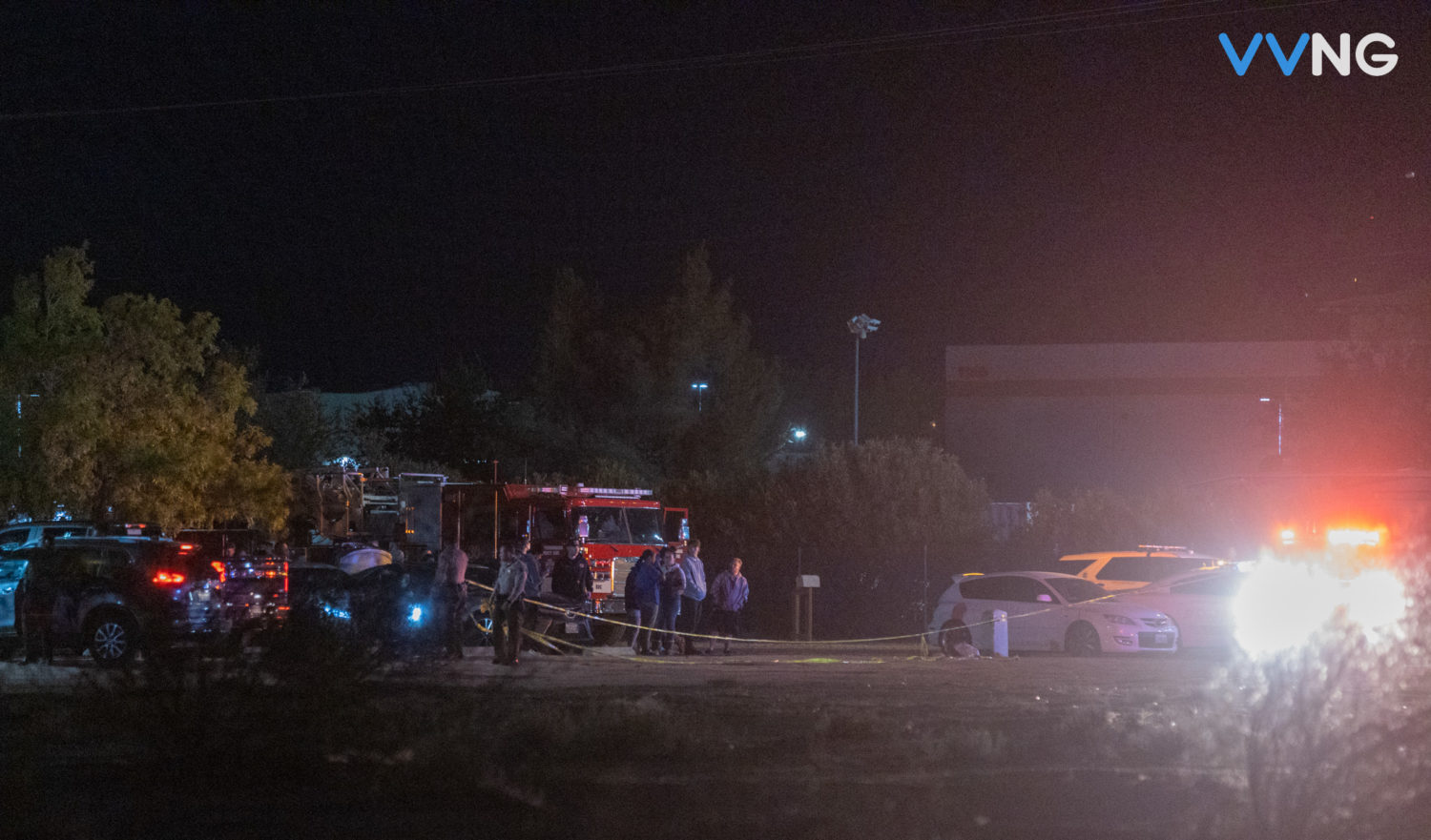 APPLE VALLEY, Calif. (VVNG.com) — Authorities are searching for a hit-and-run driver who fled the scene of a crash that left a 14-year-old boy dead Tuesday night in Apple Valley.

It happened on October 19, 2021, at about 8:11 pm, on Ottawa Road, between Navajo Road and Manhasset Road in front of James Woody Park.

Emergency personnel responded and located the victim down in the roadway. Despite life-saving measures, the teen succumbed to his injuries and was pronounced deceased at the scene.

“Witnesses reported a white or silver two-door coupe traveled east on Ottawa Road at over 60 miles-per-hour when it struck a 14-year-old male who walked south from James Wood Park at the intersection,” stated a sheriff’s news release.

Sheriff’s officials believe the vehicle that fled is a Nissan 350Z or an Infinity G35. Witnesses said the vehicle had tinted windows, a cracked windshield, and damage to the front end.

Ottawa Road was closed between the intersections of Navajo Road and Manhasset Road for approximately six hours while investigators processed the scene for evidence and interviewed witnesses.

Anyone with any information or anyone who may have witnessed the collision is asked to contact Deputy R. Grissom or Deputy J. Malocco at the Apple Valley Sheriff’s Station at (760) 240-7400 of Sheriff’s Dispatch at (760) 956-5001. Callers wishing to remain anonymous are urged to call the We-Tip Hotline at 1-800-78CRIME (27463), or you may leave the information on the We-Tip website at www.wetip.com.