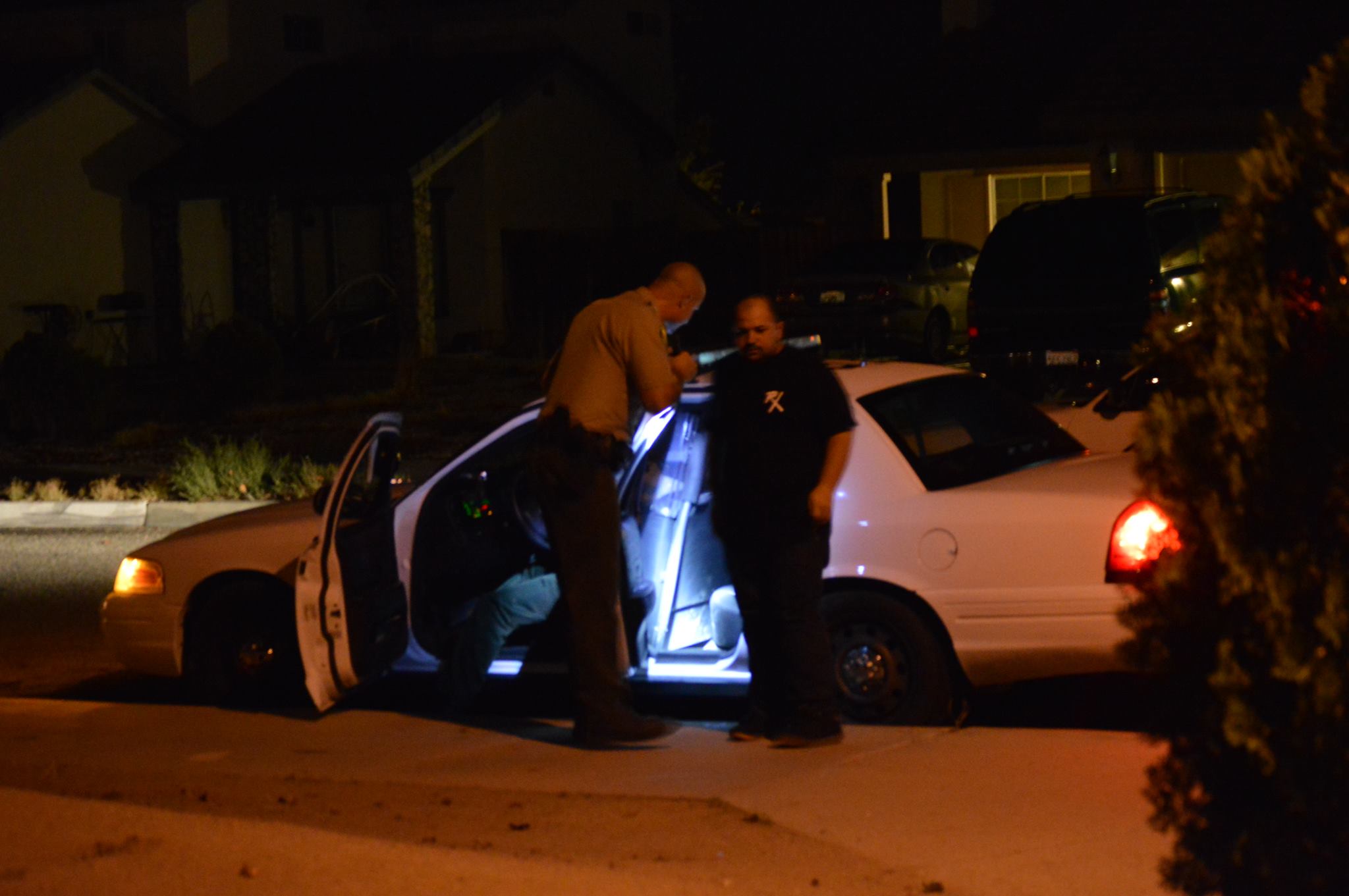 ADELANTO-(VVNG.com): At about 11:20 p.m. on Friday, October 16th a Chevrolet Silverado truck hit a vehicle on Highway 395 near Palmdale Road in Victorville. The suspect fled the scene while the victim called 911 to report the collision.

The driver of the truck did not stop after hitting the second vehicle. Ralph Gonzalez, a witness, said that he heard the collision and looked over his fence to see the truck continuing on.  When he saw the badly damaged car over his backyard wall, he jumped over to assist the woman in the badly damaged Ford Focus.

Gonzalez stopped other vehicles telling them to follow the hit-and-run driver. As they followed the driver his truck began to slow until it came to a stop on Joshua Street just west of Stafford Avenue. The Sheriff’s Helicopter was overhead and soon after deputies arrived at the scene.  The deputy approached the vehicle and told the suspect  to get out. The suspect did not comply with the deputies demands forcing the deputy to open the door and pull the suspect to the ground.

Gonzales said, “They told him stand up, and he couldn’t even stand up.”  There were no injuries reported as a result of this incident. The suspect was arrested on suspicion of DUI with property damage and leaving the scene of a traffic collision. 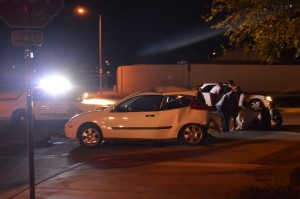 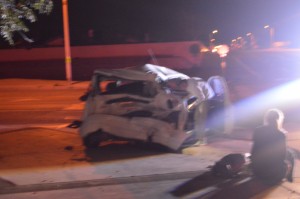 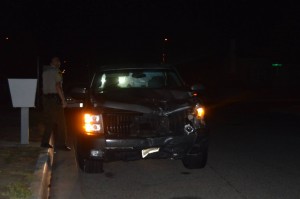