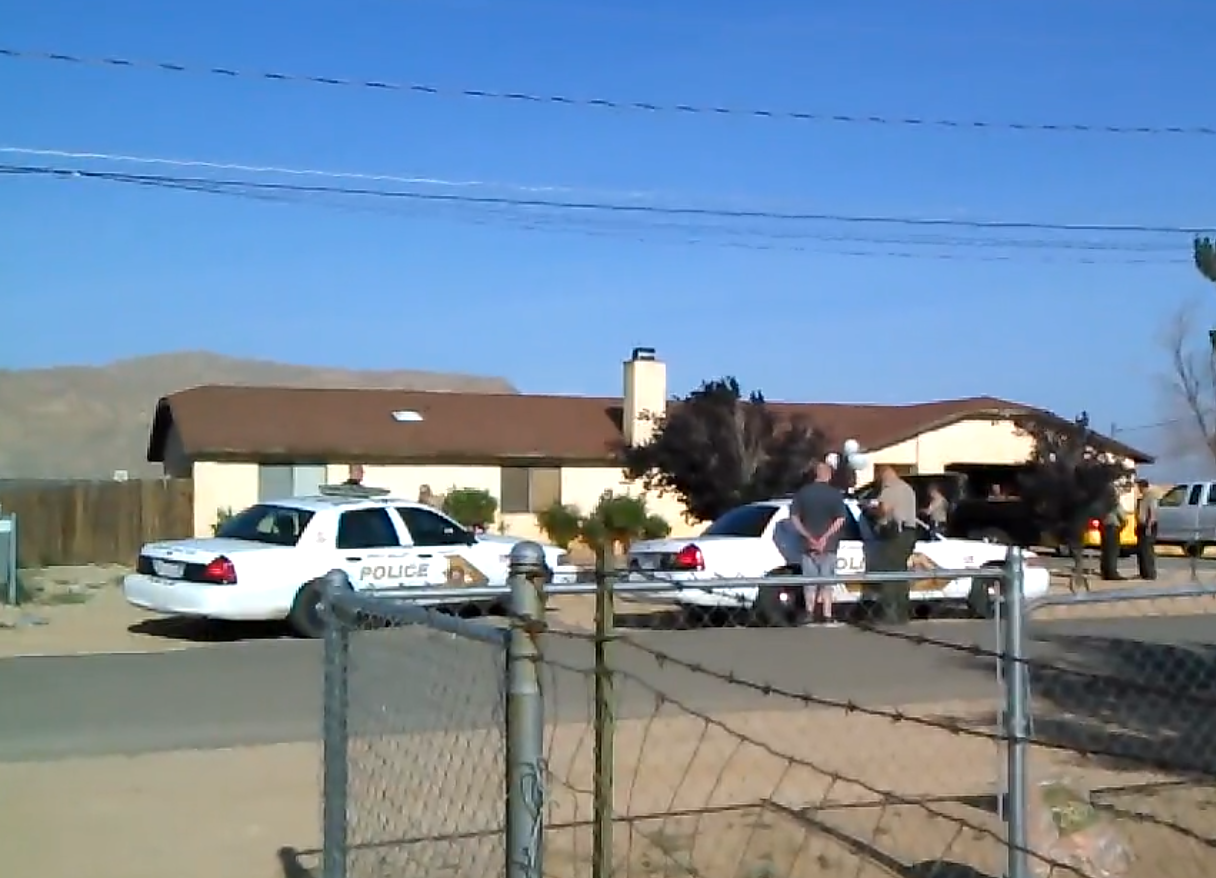 Photo shared by Alison Rennie in VVNG: Doing a little better today. “It’s hard to eat so I have to drink Boost.”

APPLE VALLEY: (VVNG) – The suspect in the beating of the 78-year-old man in the Apple Valley Starter Bros parking lot was arrested on, Saturday May 10th at approximately 5:20pm.

He was overheard talking about his involvement in the incident by a nearby neighbor and was subsequently turned in to authorities. Officer McWilliams, with the Apple Valley Police Department, was the first on the scene to make this arrest.

The suspect was said to be staying with his sister in Apple Valley near Ottowa and Franceska Rd. He was described by witness’ to be Hispanic, approximately 5’10. 220 pounds, with a shaved head. Unconfirmed reports state he was staying at his sister’s home to avoid being recognized and arrested, two of his sisters were also arrested and are being charged for Obstruction of Justice.

The incident occurred on Sunday, May 4th in the late afternoon. Alfred Mcosker was finishing his shopping trip and loading his vehicle with his groceries. Mcosker was parked next to a gray late-model gray Hyundai sedan. While loading his vehicle his buttocks bumped into the car. The suspect was enraged thinking that his vehicle was hit by the victim’s basket. He then accused him for scratching his vehicle, then proceeded to punch him several times, leaving him with two black eyes and knocking out a tooth.

For up to the minute news in the Victor Valley join our FB group “VVNG” www.facebook.com/groups/victorvalleynews

Six Semis Involved in Accident Due to Dust Storm